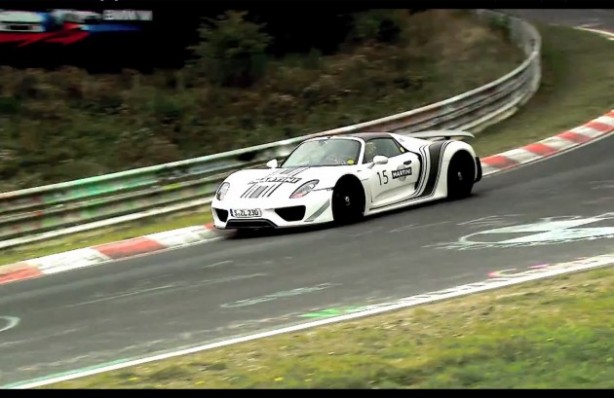 Porsche has released an official video of its most anticipated supercar, the Porsche 918 Spyder, lapping the renowned Nürburgring in Germany in 7:14 last month.

Propelled by its race-bred naturally aspirated 4.6-litre V8, and assisted by two electric motors, one at each axle, the 918 hits 100km/h from standstill in under 3.0 seconds and has a top speed of around 325km/h.

As expected from a Porsche, the 918 Spyder will be a brilliant handler, as evident by its Nürburgring lap time. This is further reinforced by Porsche chief test driver and Group B Rally champion, Walter Rohrl, who said “the way the car handles, how it pulls itself out of the corner is simply surreal”.

Check out the official promo video below to see how the 918 Spyder accomplished the glorious lap around the ring.