Official photo of McLaren 720S leaked ahead of Geneva debut 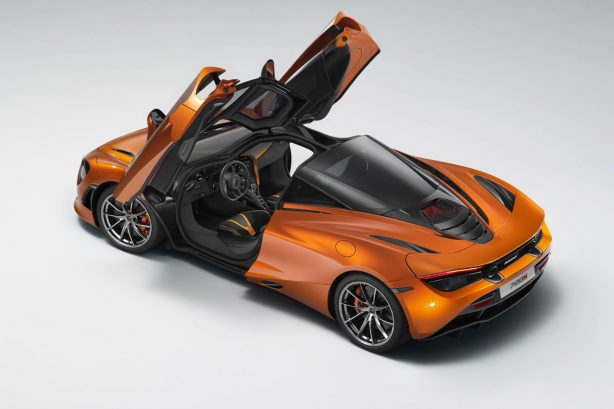 A leaked photo of McLaren’s new supercar has been leaked online confirming that the official name will be the 720S. It was Bloomberg that jumped the trigger and published the photo before quickly removing it but not before the rest of the automotive world could get their hands on it.

From what we can see the 720S is going to be a strikingly good looking machine that means business. The body features flowing lines that swoop back to focus on the rear wing / air brake, which retracts into the body when not in use. Slim brake lights adorn the rear in proximity to dual exhaust pipes that are mounted high up away from the massive carbon diffuser as to not disrupt the air exiting the underside of the car.

The entire car’s design is heavily influenced to take advantage of aerodynamic advantages for performance and the end result is stunning. With the doors raised up the leaked photo shows hollow air channels in the doors themselves to direct air towards the rear of the car and most likely to the rear diffuser further adding downforce and reducing drag.

Inside the alcantara clad driver focused interior houses some seriously snug looking bucket seats and a no nonsense D shaped wheel. The 720s is going to be a car you wear rather than sit in as the whole cockpit wraps around the driver. The center console houses a plethora of controls with a well integrated infotainment system at the center of it all.

With the name confirmed to be 720s it’s also a safe assumption that power from the twin-turbocharged 4 litre V8 will be around the 720hp (537kW) mark which is sure to put up a challenge to others in the supercar club. 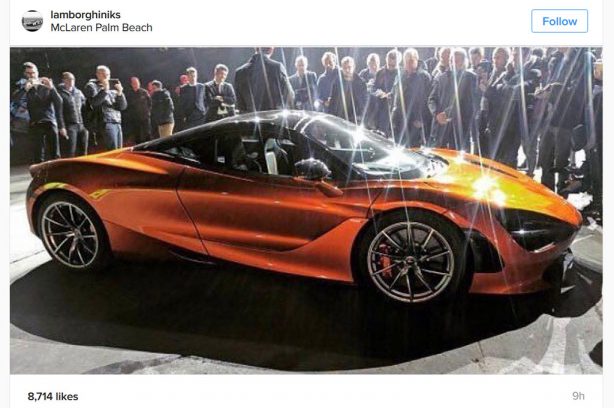