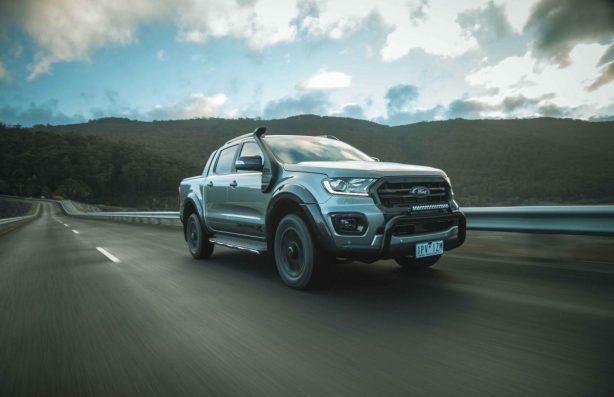 Ford is introducing an even wilder version of its Ranger Wildtrak ute. Dubbed the Wildtrak X, the off-road focused edition of Australia’s second best-selling vehicle combines the convenience and high-spec equipment of the Wildtrak with more capable off-road gear.

Delivering a striking on-road presence second only to the Ford Ranger Raptor, the Wildtrak X’s off-road credentials are bolstered by the Ranger’s inherent capabilities, including best-in-class water wading, 3500kg towing capacity as well as its advanced on-the-fly 4×4 system.

Immediately giving the Wildtrak X a more aggressive stance, new 18-inch alloy wheels with +35 offset in tough matte black finish show the X’s intent, and match the mud-ready additions to this unique Wildtrak. The look is bolstered by fender flares, finished in black, to emphasise the new alloys and give the Wildtrak X greater on-road presence. 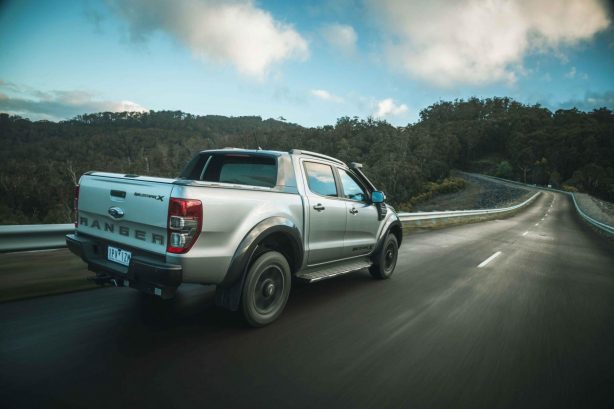 Upfront, Wildtrak X is fitted with a black nudge bar, complete with an LED light bar for improved night-time vision. Also hard to miss is the A-pillar-mounted snorkel, which allows owners to make the most of the Ranger’s best-in-class 800mm water wading capability.

The dark-finish on all of the Wildtrak X’s details further emphasise the charcoal detailing on Wildtrak, which sees a unique front-end – including grille, lower bumper area and door handles – finished in darker shades to help it stand apart as the range-topping Ranger model.

Inside, the Ranger Wildtrak X takes advantage of the premium features as standard on Ranger. These include leather-appointed seating with Wildtrak orange stitching detailing, which is also used on the steering wheel, gear-lever and handbrake boot.

SYNC 3 with Apple CarPlay and Android Auto smartphone capability is standard. The 8.0-inch full-colour screen not only hosts a reversing camera, but built-in voice-activated sat-nav. 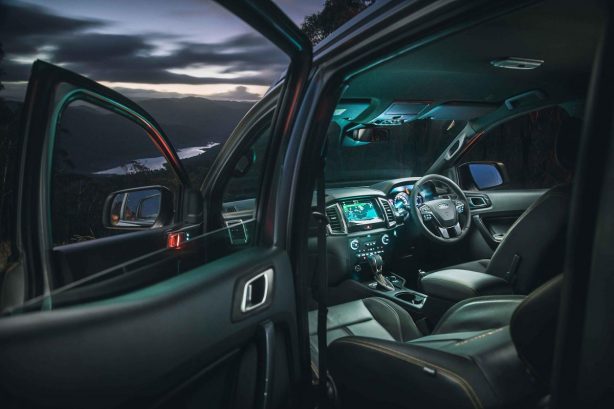 The Ranger Wildtrak X is available with the 2.0-litre Bi-Turbo, 10-speed turbodiesel, as well as the 3.2L turbodiesel 6-speed automatic powertrain.

With 157kW/500Nm, the Bi-Turbo powertrain was first introduced on the Ford Performance Ranger Raptor and is fitted with the specifically tuned, new generation 10-speed automatic. The 10-speed automatic includes a lock-out feature to hold specific gears when towing, giving the Ranger Wildtrak X a towing capacity of 3,500kgi and 950kg payload. Fuel economy on the combined cycle is rated at 7.4L/100km.

In the guise of the 3.2L, five-cylinder common rail turbodiesel with six-speed automatic, the Wildtrak X has a payload of 920kg and towing capacity of 3,500kgi. Fuel economy is rated at 8.9L/100km.