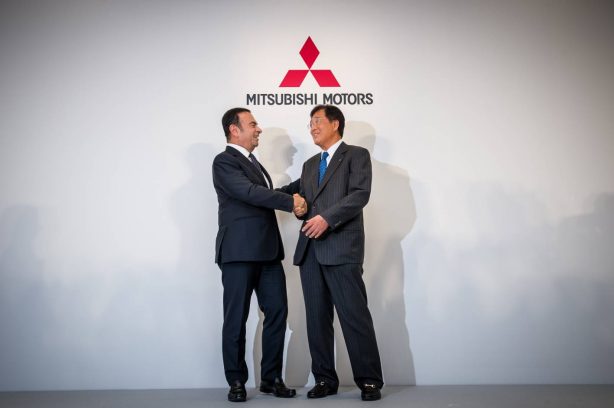 Nissan is officially the largest shareholder in Mitsubishi Motors (MMC) after successfully acquiring 34% equity stake in the company.

As a result, MMC will now become part of the global Alliance with Nissan and Renault, making the Alliance the world’s top three automotive groups by global volumes, behind only Toyota and Volkswagen Group.

“The combination of Nissan, Mitsubishi Motors and Renault will create a new force in global car-making,” said Ghosn.

“It will be one of the world’s three largest automotive groups, with the economies of scale, breakthrough technologies and manufacturing capabilities to produce vehicles to serve customer demand in every market segment and in every geographic market around the world.”

Nissan offered its assistance at the request of Osamu Masuko, president and chief executive officer of MMC, following the company’s fuel economy crisis.

The two companies have cooperated on kei-cars for the Japanese market over the past five years.

“We are committed to assisting Mitsubishi Motors as it rebuilds customer trust, this is a priority as we pursue the synergies and growth potential of our enlarged relationship,” said Ghosn.

As part of this strategy, Nissan has nominated four representatives to the Board of MMC, including Ghosn as chairman-elect.

At Masuko’s request, Yamashita joined the company earlier this year as executive vice president of development and as a member of its executive committee.

Ghosn has announced a number of other management changes, effective November 1, to allow him to continue to focus on maintaining Nissan’s momentum in delivering performance, while at the same time supporting Masuko at MMC.

Ghosn has proposed to the Nissan Board, which has approved, the appointment of Hiroto Saikawa, currently chief competitive officer, as co-chief executive officer.

Veronique Sarlat-Depotte, currently deputy to Yamauchi will assume the responsibility as Alliance executive vice president of purchasing and head of the Renault Nissan Purchasing Organization.

She will be supported by Makoto Uchida who will take responsibility for purchasing at Nissan.

Also at the request of Masuko, the management team of MMC will be further strengthened by current Nissan Chief Performance Officer Trevor Mann, who will become chief operating officer of MMC.

Mann will be replaced as chief performance officer by Jose Munoz who will continue as chairman of Nissan’s North American region.

Ghosn concluded: “At a time of unprecedented change in the global auto industry, this strategy will build on our existing strengths and management capabilities to ensure increased competitiveness, better products for our customers and attractive returns for shareholders.”