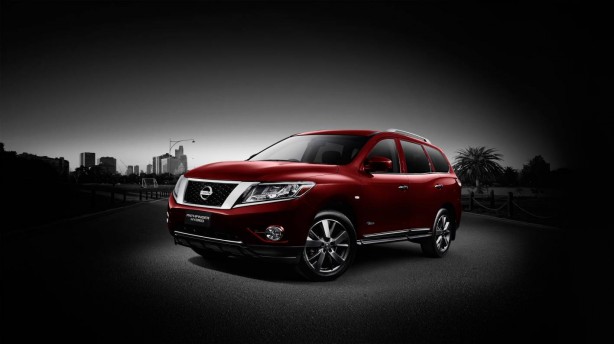 Nissan is expanding its Pathfinder SUV range with the addition of an economy-focused hybrid variant. The powertrain that powers the new Pathfinder hybrid combines Nissan’s QR25DER 2.5-litre supercharged four cylinder petrol engine with a torque-assist 15kW electric motor, resulting in a total system output of 188kW and 330Nm.

The Pathfinder Hybrid achieves a torque curve almost identical to the V6-powered version, offering V6 levels of performance without the associated fuel cost. Combined-cycle fuel consumption is rated at 8.4-litres per 100km (2WD) and 8.5-litres per 100km for 4WD variants, approximately 15 per cent less than the V6-powered Nissan Pathfinder. The hybrid runs on 91 RON petrol. 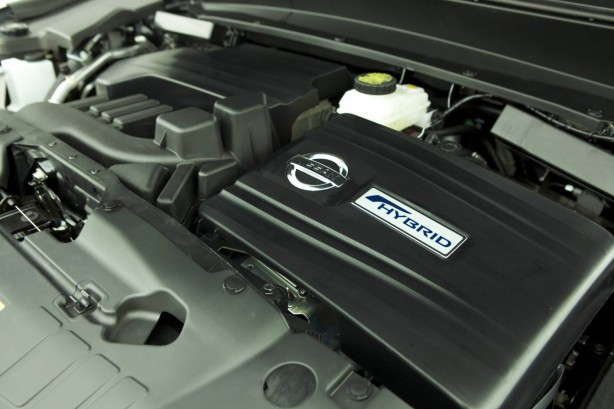 The efficient petrol-electric powertrain uses an intelligent dual-clutch system paired with a continuously variable transmission (CVT). The first clutch operates in conjunction with the supercharged four-cylinder petrol engine while the second clutch manages engagement of the 15kW electric motor. Control of each clutch is fully automatic and is determined by the driving mode.

The Pathfinder Hybrid’s energy recuperation system harvests the kinetic energy generated during braking and deceleration, using it to recharg the on-board 144-volt Lithium-ion battery, which is located under the third row of seats at the rear of the vehicle. The battery’s compact size means the Pathfinder Hybrid shares the same rear occupant space and cargo capacity as its V6 counterpart. 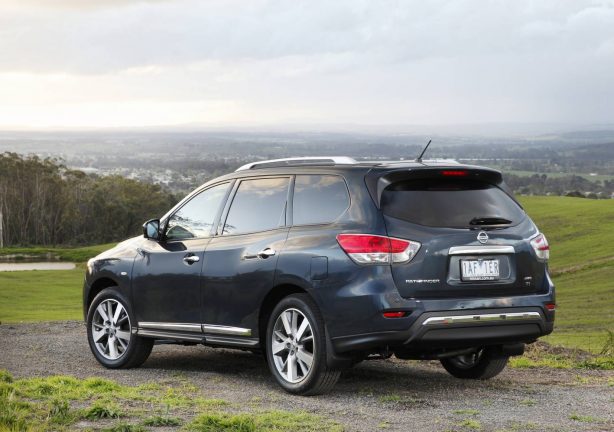 Maximising refinement in the Pathfinder Hybrid are two clever technologies. The first is Electric Active Control Mounts (E-ACM). These support the supercharged four-cylinder petrol and minimise engine vibration when it is detected. The E-ACM engine mounts apply a reverse-phase cancelling force to counter these vibrations, resulting in a smoother and more comfortable ride.

The second technology is Active Noise Control (ANC). Microphones located inside the cabin of the Pathfinder Hybrid monitor the presence of undesirable sounds. When detected, they are cancelled with an equal and opposite sound frequency emitted by the vehicle’s audio system.

Like the V6-powered Nissan Pathfinder, the all-new Pathfinder Hybrid will be available in 2WD (ST model grade) and 4WD (ST-L and Ti), the latter features Nissan’s ALL-MODE 4×4-i system for optimised traction on a variety of terrain types.

The Pathfinder Hybrid ST-L contains all of the features of the ST model grade plus the following:

The Pathfinder Hybrid Ti contains all of the features of the ST-L model grade plus the following: