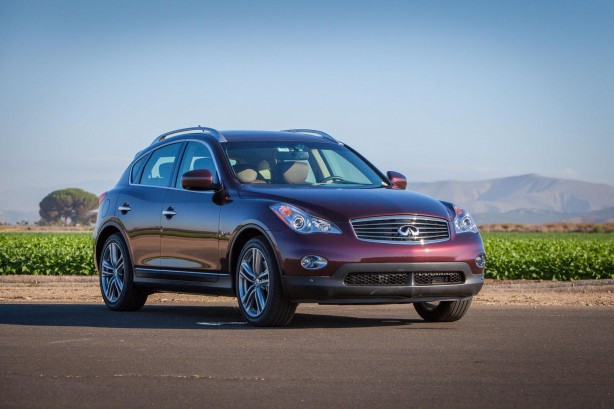 Nissan’s luxury arm, Infiniti, is considering a small crossover to slot below the QX50 (above). This comes as most premium manufacturers are rushing into the increasingly popular segment.

Nissan Executive Vice President, Andy Palmer recently told Automotive News that there is certainly room within its line up for a small crossover:

If it decides to go ahead, the vehicle would most likely debut in China before being offered elsewhere.

“Would we come first in China? I think so. I think if we were going to start anywhere it would be hard for us to start with that sized car in the United States or in Europe,” Palmer continued.

The Nissan Executive who also oversees Infiniti quashes rumours that Infiniti would offer a rebadged version of the Nissan Juke (read our review here), dismissing those reports as speculation.

However, he said the Juke’s platform would be ideal in underpinning an Infiniti counterpart.

Previous BMW X4 pricing and specification. Arriving in July
Next Ford FPV GT F sedan to get 351kW supercharged V8 – most powerful, ever