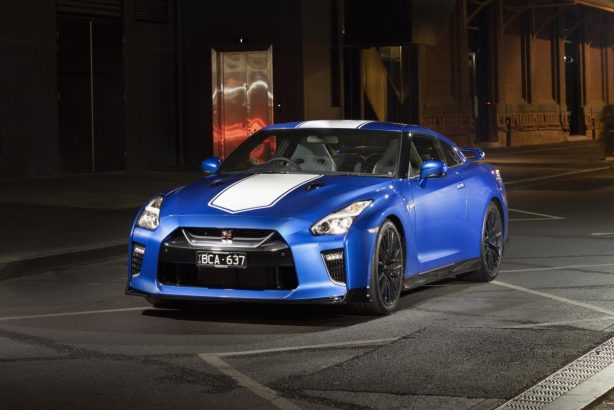 Yet another round of updates for the 2020 Nissan GT-R. Special 50th Anniversary Edition joins range.

The Nissan GT-R 50th anniversary edition is based on the Premium Luxury model. Available in three colours, including the all-new Bayside Blue, the special edition GT-R boasts a stylish new interior shade and 50th anniversary badging. 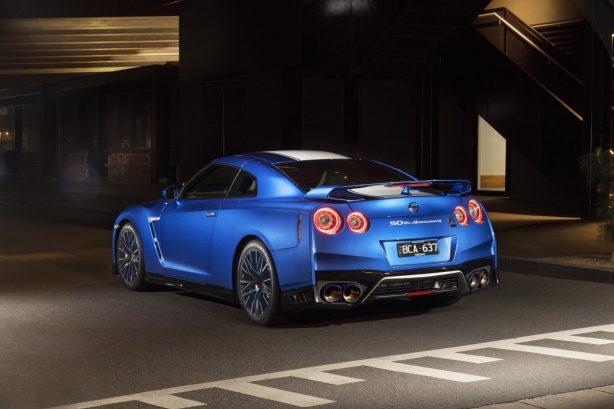 While the Nissan GT-R’s twin turbo 3.8 litre V6 engine with 419kW of power and 632Nm of torque is unchanged, the adoption of Nismo technology for acceleration, braking and handling performance are at the forefront of the technical updates to the 2020 Nissan GT-R.

The turbochargers have been updated, with them adopting an abradable seal (technology primarily used for racing engines) that reduces compressor housing-blade clearance to reduce air leakage and improve response at low RPMs. Nissan claims that this improvement will be most noticeable in and out of corners, adding to the driving experience. 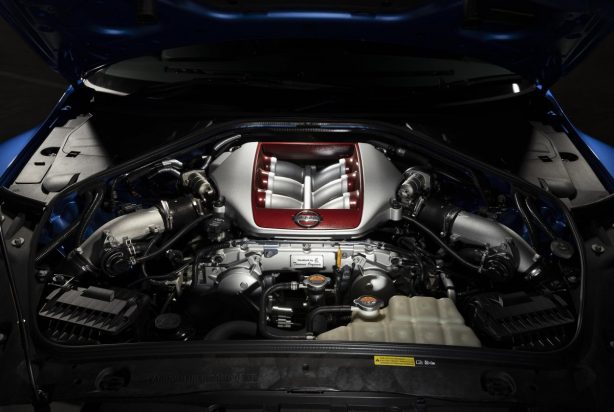 The electronically controlled suspension has been tuned to provide better cornering and a smoother ride, while being more linear and precise requiring fewer corrections.

There is also an improved steering angle for better Cornering G, Breaking G and Yaw response, and a new brake booster – within the updated steel brakes – increases the initial braking response by engaging with less pedal stroke, resulting in enhanced stopping power and feel.

Across the range, standard equipment includes satellite navigation through an 8-inch colour display with multi-touch screen, a display commander control and Bluetooth.

Taking the Premium Luxury grade a step further, Nissan has created a special 50th anniversary edition that pays homage to its past.

Available in three striking colours, the limited edition variant is offered in Super Silver with white stripes, Ivory Pearl with red stripes and the new Bayside Blue with white stripes. The new blue hue is based off the original Wangan Blue that featured on the R34 GT-R.

Inspiration for the 50th anniversary paint scheme comes from the race livery designs for GT-R from the 1971 Japan Grand prix. The stripes are applied to the bonnet, roof and boot lid.

To further set this variant apart from the rest of the range there is exterior 50th anniversary badging on the boot lid, underneath the GT-R logo on the rear of the car and on the alloy wheels. 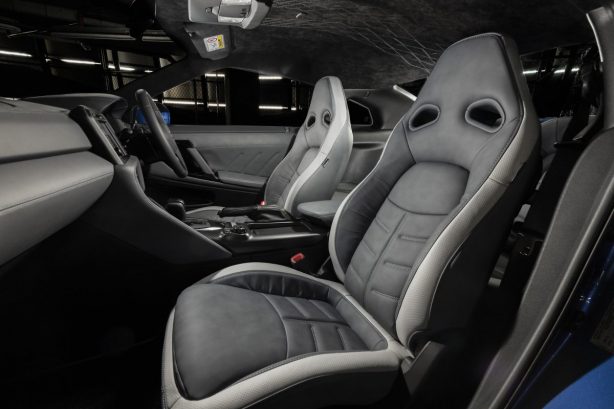 Inside, Nissan has introduced an exclusive cool grey two-tone leather trim called Twilight Grey. This features throughout the cabin, including on the doors, seats, front fascia and dash panels, plus the steering wheel and shift knob.

Coordinating the interior with the exterior, there is also 50th anniversary badging on the seats, centre console, tachometer and kick plates.