Nissan GT-R from Fast and Furious 6 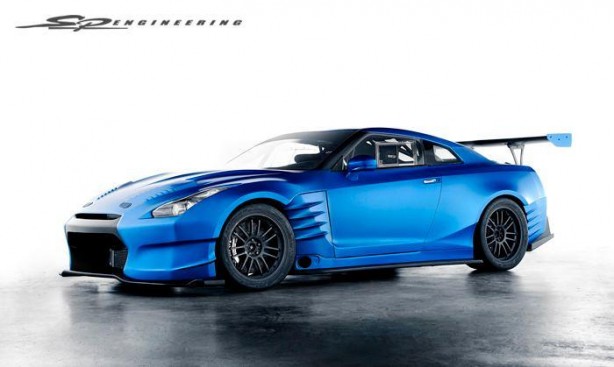 The sixth instalment in the Fast and Furious franchise isn’t due until May 2013, but one of its stars has already been revealed – this heavily modified blue Nissan GT-R.

The project is a collaboration between three tuning houses. First up, the aerodynamic body kit was the work of BenSopra, while R’s Tuning was in charge of redesigning the entire cooling system of the GT-R. Finally, SP Engineering showed case their expertise in recalibrating the supercar’s ECM and used 100 octane to generate more power. They were also tasked with tuning the Switzer P800 turbo kit fitted to the engine and installing a HKS downpipe and a resonated Y-pipe. 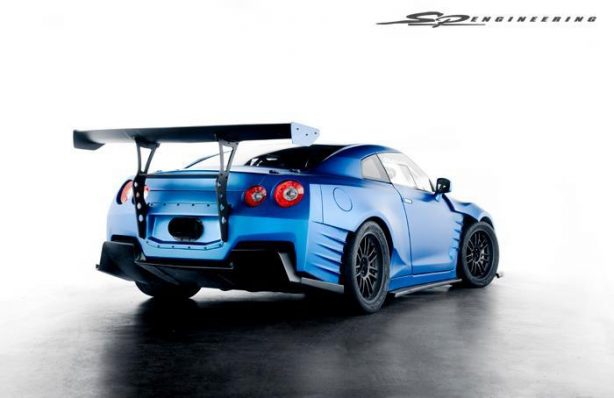 On the dyno, the package churns out a humongous 511kW (685hp) at the wheels, running on 20psi! (check out video below)

The majority of the car’s panels such as the doors, door sills and trims, engine cover and cooling panel set have been replaced with lightweight carbon fibre units supplied by Seibon. They also provided the carbon booth and AMS performance carbon roof. The package also includes AeroCatch flush Mount Bonnet pins and Sparco booth latches. 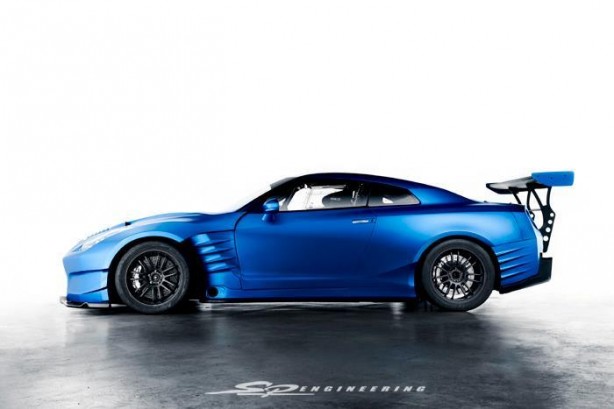 Inside, the GT-R’s stock steering wheel has been swapped with an MCR wheel, while the car’s carbon ceramic anchors are from Weapons Grade Performance. The brake lines come from Endless and the camber arms from R’s Tuning.