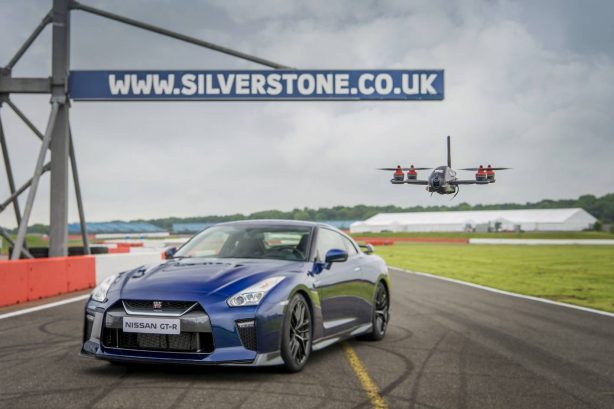 Nissan’s mighty GT-R has been beaten by a drone, the GT-R Drone. Unveiled today as part of Nissan’s celebration of the legendary GT-R at Goodwood Festival of Speed, the GT-R Drone is one of the fastest accelerating FPV (First Person View) racing drones in the world.

Built to be able to keep up with the new 2017 Nissan GT-R while filming on the track, the drone features the very latest in performance-enhancing technology – just like its automotive equivalent.

To show off the talents of both machines, the GT-R Drone took on the road-going supercar around the challenging Silverstone circuit. 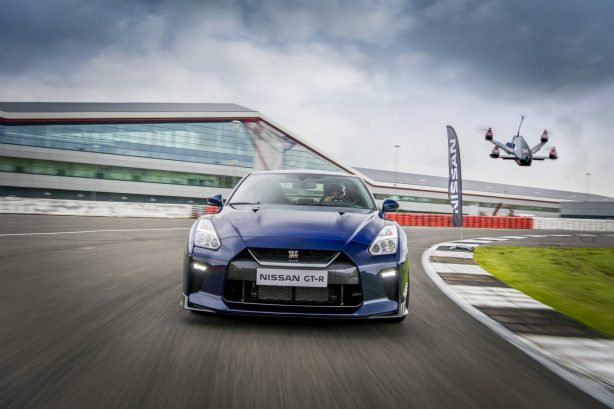 The new 2017 GT-R represents the most significant changes to the car since the R35 model was first introduced in 2007. Unlike the drone, the GT-R features new aerodynamic features which are designed to keep it firmly on the ground.

While the drone can out accelerate the car, wheels soon catch up with rotors: the GT-R Drone has a top speed of approximately 185kph, versus 315kph for the car.

Even the incredible four-wheel-drive system of the GT-R can’t match the ultimate agility of the drone though, which has a turning circle of just 0.3m. Its custom setup allows it to perform heart-stopping manoeuvres with incredible precision and agility.

Both machines will also be on display at Goodwood Festival of Speed. Watch the definitive battle below.