Nissan teased the next-generation Z sports car in the NissanNext promotional video back in May this year. Since then it has been a quiet couple of months. Afraid not though, as the highly anticipated 2021 Nissan Z is set for debut later this month, albeit in prototype form!

Yes, finally we will get to see the first concept model of the next-gen Z, which is rumoured to adopt the 400Z nameplate. Sharing a shadowy photo on social media with the texts “Z Proto – Coming Soon” and a Z prototype in the background, Nissan is confirming that the highly anticipated sports car concept will debut on September 15. 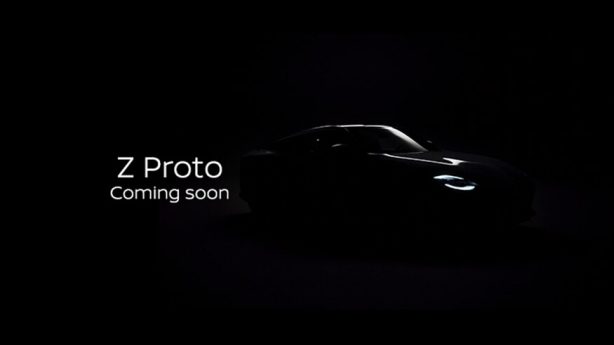 Besides donating its powertrain, the Q60 will also share its rear-drive platform with the new Z sports car, as Nissan cannot justify developing an all-new architecture for what is a relatively low volume vehicle.

Watch the Nissan Z Proto unveil on TheNissanNext.com on September 15.