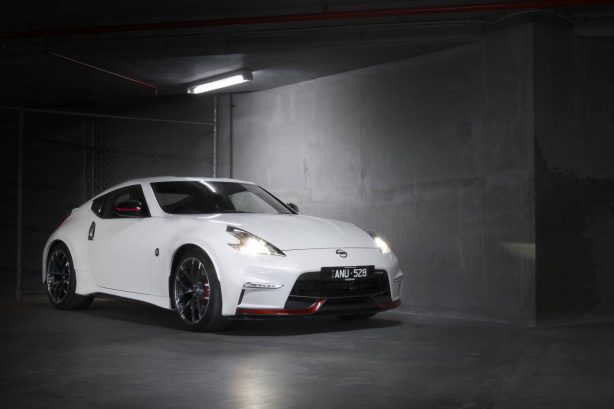 Ahead of its early September arrival into Australian showroom, Nissan has confirmed that the 370Z Nismo will go on sale from $61,490 plus on-road costs for the 6-speed manual. Also available will be a 7-speed automatic variant which retails for $63,990 plus ORCs.

The Nissan 370Z Nismo is the second Nismo model to launch Down Under following the debut of the GT-R Nismo in February this year. Like its more powerful sibling, the 370Z Nismo is the range-topping grade, while the current Roadster and Coupe options slot in below it. 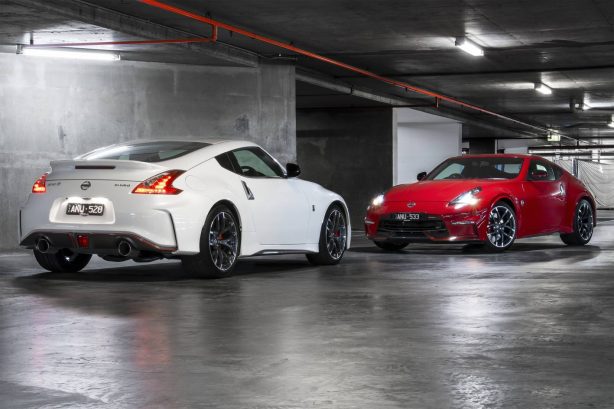 Sporting a liberal application of red highlights, the Nismo-tweaked 370Z get a redesigned front bumper infused with LED daytime running lights and red accents on the integrated front chin spoiler.

There’s also a red pinstriped side skirt and new 19-inch forged alloy wheels. At the back, the car gets a more aggressive looking rear bumper, again complete with red highlight, with vertical slits on both sides. Rounding off the cosmetic makeover is a rear 911-style rear spoiler. 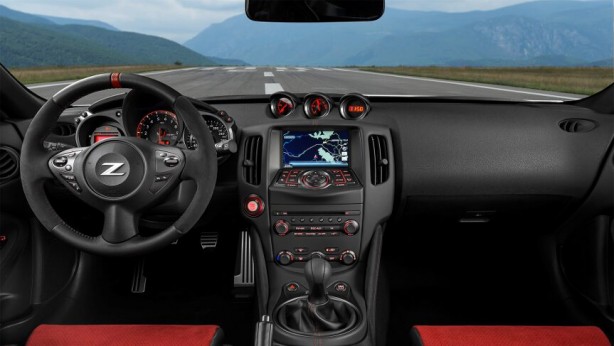 Inside, the 2-seat sports coupe has been enhanced with redesigned black-and-red Recaro leather-appointed seats with Alcantara accents. Satellite Navigation with 3D mapping and a seven-inch integrated colour touch screen are also standard.

The 370Z Nismo’s 3.7-litre V6 engine remains largely the same as the standard 370Z, but benefits from an optimised ECM (engine control module) calibration, and an exclusive H-configured exhaust system design and muffler tuning. The minor performance upgrades result in a slight power increase to 260kW (350hp) at 7,400 rpm and 374 Nm of torque at 5,200 rpm, up from the standard 245kW of power and 363Nm of torque. 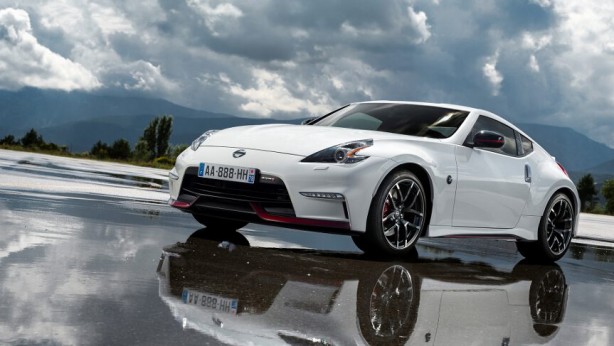 With the introduction of the 370Z Nismo, Nissan Australia also took the opportunity to rejig pricing across the entire range with the 370Z Coupe now dipping below $50k at $49,990 while the soft-top Roadster starts at $60,990. All prices are before on-roads.

Nissan says the reduced pricing, a slash of up to $20,000 compared to 2013 prices, is in place permanently, offering 370Z buyers more value than ever before.

“The impending arrival of the Nissan 370Z Nismo allowed us to re-look at pricing across all variants,” said Nissan Australia managing director Richard Emery.

“The Nismo version naturally sits at the top of the Nissan 370Z range, but we wanted to maintain competitive pricing. This re-positioning offers a range of price points that will be attractive to a wider group of customers.

“We hope this will drive sportscar buyers into Nissan showrooms, giving them more choice and offering significantly more value for money.”

The Nissan 370Z was launched in Australia in April 2009 and has 4,200 domestic sales since debut.