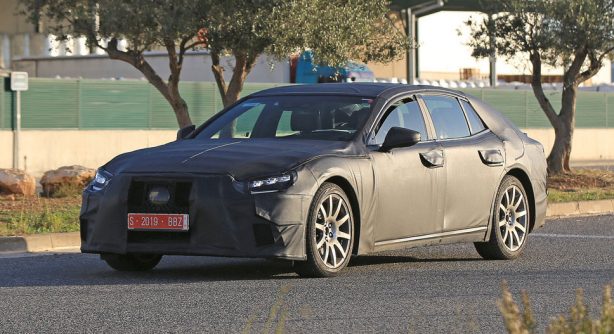 Lexus has let loose its LS prototype again ahead of its debut next month at the North American International Auto Show (NAIAS). 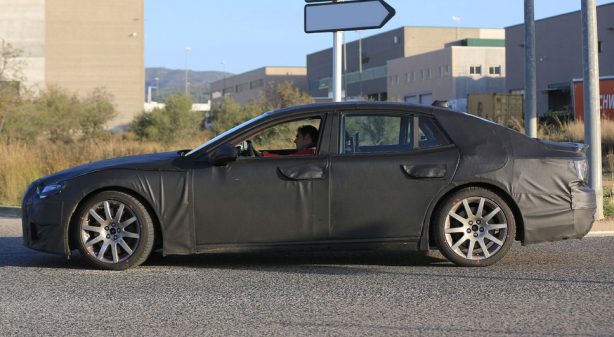 While the heavily camouflaged LS sedan revealed little design details elsewhere, the overall proportion appears to stay faithful to the Lexus LF-FC concept (below) that premiered at the Tokyo Motor Show last year.

The silhouette looks lower and sleeker than the current model, while Lexus’ trademark spindle grille is set to dominate the front fascia, as can be seen from the front view of the prototype. 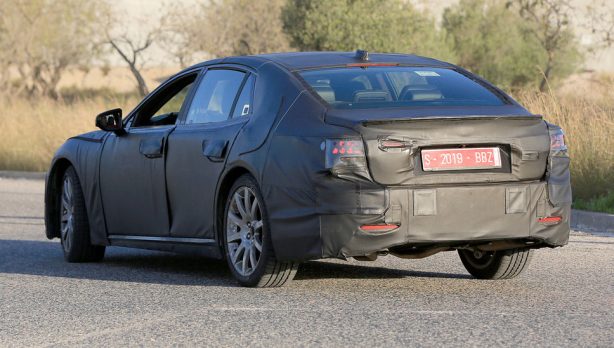 The 7 Series and S-Class fighter is expected to feature, for the first time in a luxury vehicle, a high output fuel cell powertrain that drives the rear wheels and also sends power to two in-wheel motors in the front, essentially making the LS all-wheel drive. 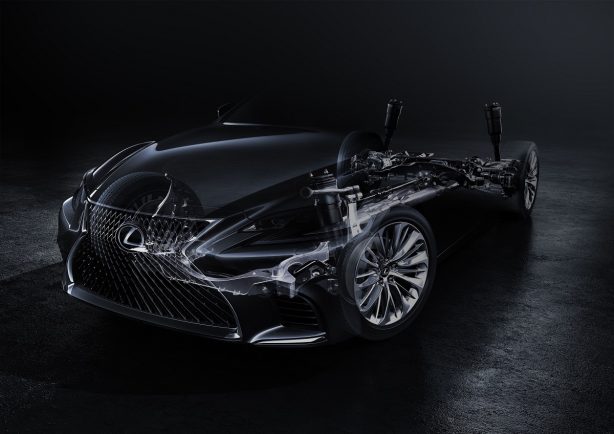 There’s also every indication that the LS will be offered with the LC 500 coupe’s 5.0-litre V8, the LC 500h’s 3.5-litre V6 hybrid powertrain as well as a newly developed 3.0-litre turbocharged V6. It will be the second Lexus model to adopt the marque’s new global architecture for luxury vehicle.