Next-generation Bugatti Veyron confirmed. Due in 2016

When the original Bugatti Veyron was launched in 2006, its staggering performance was out of this world. There was nothing like it. But since then, a slew of supercars have eclipsed its performance one way or another. Significantly, most are more fuel efficient and lighter than the Veyron’s portly 1,800kg.

However, the next-generation Veyron (render shown above), slated to debut in 2016, will be lighter and just a bit faster. According to British publication Autocar, the new car could well hit the 460km/h (286 mph) mark and dispatches 0 – 100km/h in just 2.3 seconds, based on current computer simulation.

It will also have more horses than the Veyron Super Sport, with 1,500 hp (1,103kW) compared to 1,184 ponies (871kW), courtesy of an uprated quad-turbo 8.0-litre W16 engine paired with electric propulsion. Like the current generation, drive will be directed to all four wheels via a seven-speed dual-clutch transmission and multi-plate-clutch, all-wheel drive system. 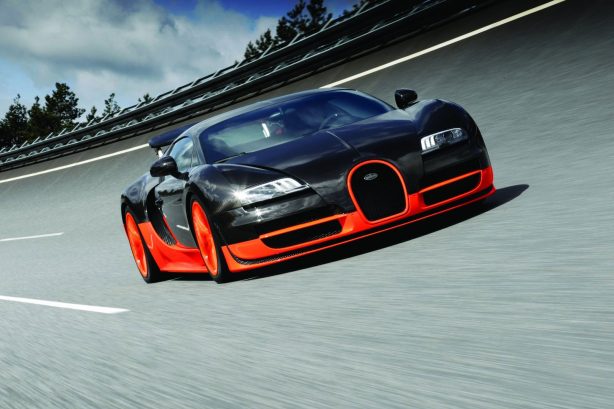 The Super Sport’s 431km/h top speed was already to challenge to achieve, due to the limitation of the tyres then. With Bugatti ambitious new top speed, the road-going tyres could well disintegrate before the new supercar reaches it maximum speed, unless new tyre technology was developed.

The next-generation Veyron will continue to utilise a carbon-fibre monocoque, as well as various exotic materials in its construction to keep its weight down. Expect the new car to feature the latest in connectivity technology as well as a highly luxurious cabin.

Production of the new Veyron is expected to be limited to around 450 units.