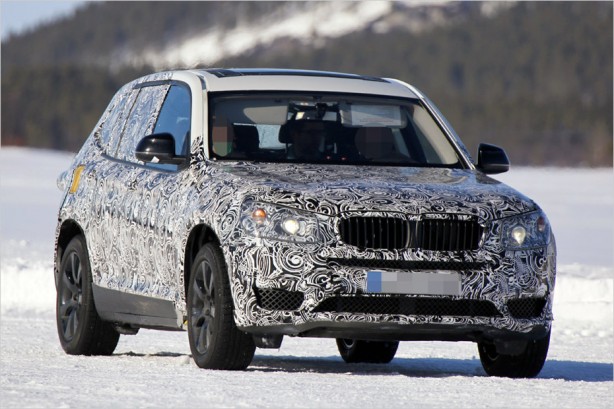 The successor to the current BMW X3 is not due until 2017, but the prototype of the next generation model has hit the road for testing.

Spotted for the first time, the heavily camouflaged BMW X3 may not reveal much of its final form, but the outline of the body shape indicates an evolution of the current generation design, rather than a complete restyle. 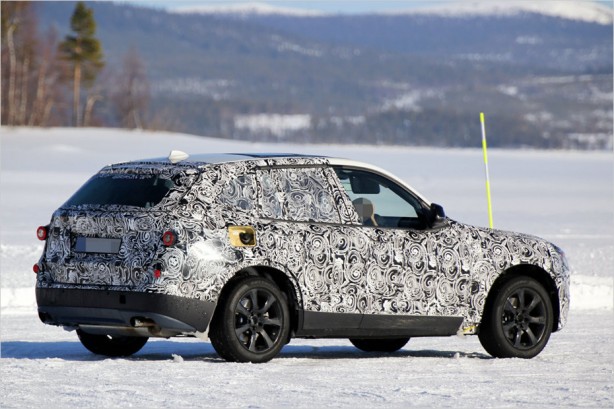 The next generation BMW X3 will sit on the company’s new scalable all/rear-wheel-drive architecture. Like the current model, it will be available in a range of four and six cylinders petrol and diesel engines, joined by a new plug-in hybrid drivetrain. Speculation has also been rife about a forced-fed three-cylinder petrol making its way to the midsize SUV.