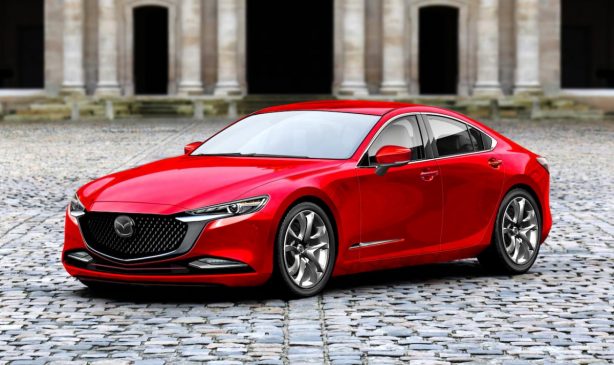 Toyota is no stranger to the joint development of vehicles. First it was the Toyota 86, which was co-developed with Subaru, then it was the GR Supra which was based on the BMW Z4.

Joint ventures significantly reduce development costs and it’s no surprise when Toyota announces yet another collaboration, this time with Mazda.

According to reports, the next-generation Toyota Crown and Mazda 6 will share the same chassis and powertrain. With the Crown retaining its front engine, rear drive layout, it means the Mazda 6 will transition to a rear-wheel drive sedan.

In line with Mazda’s long term strategy to push upmarket, the new Mazda 6 medium sedan will aspire to play in the premium D-segment, rivalling cars like the BMW 3 Series and Lexus IS.

A new longitudinal in-line six-cylinder engine, jointly developed by both Toyota and Mazda, will power both the Crown and Mazda 6. Sending power to the rear wheels will be an Aisin sourced 8-speed automatic transmission.

While the chassis and inner body parts will be shared by both vehicles, the interior and exterior will be developed as completely different designs.

It’s also reported that both nameplates will see the introduction of hybrid variants, which will also be jointly developed by the two companies.

The next-gen Toyota Crown and Mazda 6 are expected to debut in 2022.