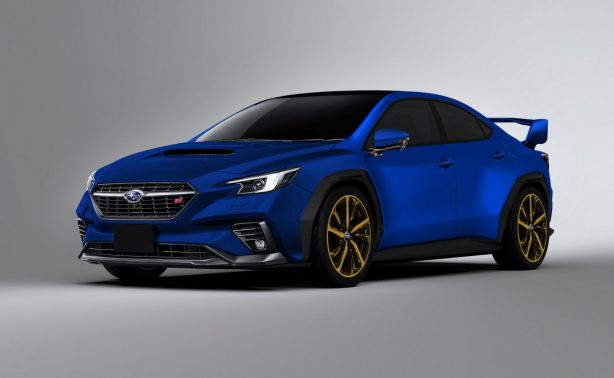 The next-generation Subaru WRX STI is still at least a year away, but the launch of the all-new Subaru Levorg last week offered an interesting preview of the brand’s next flagship performance icon.

Since the first-generation model, the Levorg has always been (unofficially) the wagon version of the WRX. With the 2021 Levorg production model now unwrapped, it’s easy to envision what the 2022 WRX and WRX STI might look like.

And that’s exactly what automotive renderer Kleber Silva of Behance.net has done with this realistic rendering of the next-gen WRX STI. The front-end is nearly entirely based on the production Levorg STI Sport, while the sides get beefed up wheel fenders like those seen on the Subaru Viziv Performance Concept. The rear is markedly similar to the concept but inherited the iconic towering rear spoiler from the current WRX STI. Also carried over from the current model are the diffuser and quad exhaust tips.

Wrapping it all up are the obligatory STI badges and those gold wheels which harks back to the WRX STI’s glorious rally days. 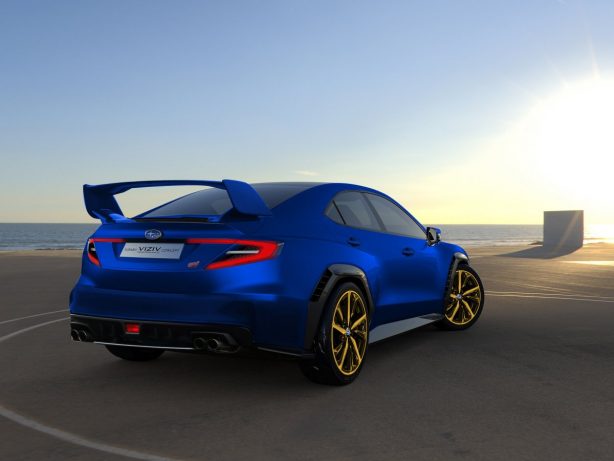 According to reports, the flagship WRX STI will feature a turbocharged 2.4-litre boxer engine with no less than 300kW, representing a significant jump from the 221kW/407Nm of the current 2.5-litre boxer engine. The smaller engine also means it will be more efficient and has better drivability.

It’s speculated that the 2.4-litre engine will be derived from the unit found under the bonnet of the US market Subaru Ascent SUV, and will be married exclusively to a six-speed manual transmission, which is likely to be an updated version of the current STI’s gearbox.

The lesser Subaru WRX is also expected to feature the same FA24 2.4-litre engine, albeit in detuned form. Nevertheless, we can expect the new mill to be more potent than the current 197kW/350Nm 2.0-litre boxer. It will continue to be offered with a six-speed manual and an upgraded CVT to handle the extra torque.

The next-generation WRX and WRX STI will ride on the Subaru Global Platform with symmetrical all-whee drive system.

Previous 2020 Kia Seltos GT-Line Review – is the top dog worth it?
Next KW Suspension tightens handling for BMW M8