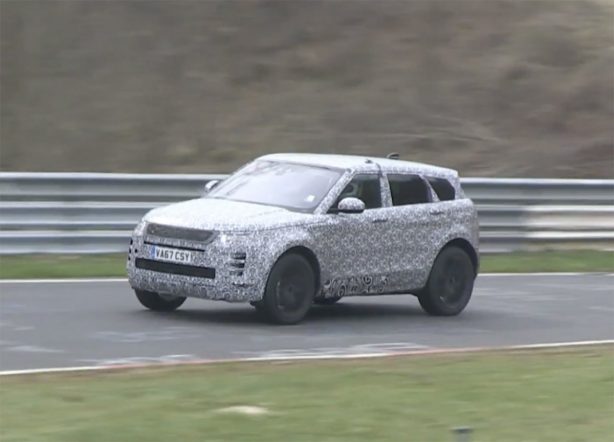 Land Rover’s top selling model, the Range Rover Evoque has been around since 2011. This means a replacement model is long overdue. And here it comes, in prototype form, at least.

Spotted undergoing testing at the infamous Nurburgring circuit in Germany, the next-generation Evoque was draped in heavy camouflage. Despite the lack of details, it’s clear that the design of the new model is more of an evolution of the current car than all new. 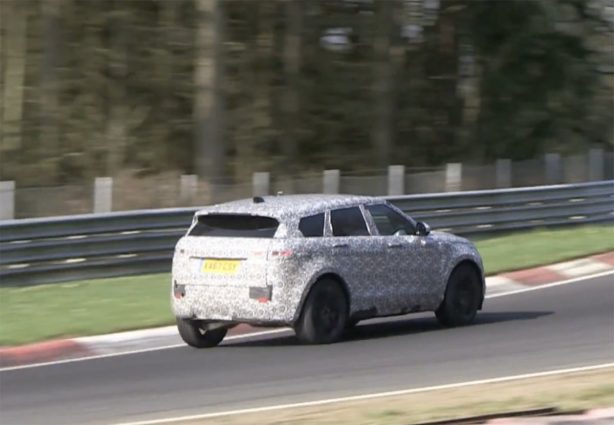 Underpinned by the latest version of Land Rover’s D8 architecture, the new Evoque is likely to adopt the front design of the Velar, its bigger sibling. The wheelbase is said to have been extended by about 20 mm, which will in turn benefit passenger and cargo space.

The slow selling 3-door model is highly likely to be abolished, while a range of petrol and diesel powertrains are almost certain to find their way under the new bonnet. In addition, the new compact crossover is also likely to be offered with Land Rover’s new hybrid powertrain in the form of a 1.5-litre three-cylinder petrol engine matched to an electric motor with a 48V mild hybrid system.

The new Evoque is expected to premiere in early 2019.