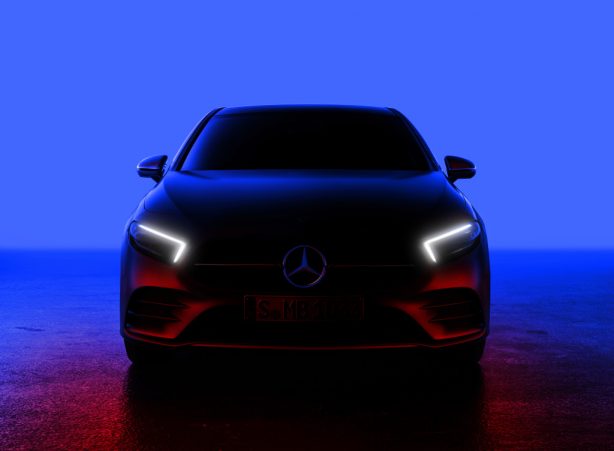 Mercedes-Benz will premiere the all-new A-Class compact hatch at a special launch event in Amsterdam on 2 February 2018. The announcement is accompanied by a single shadowy teaser image of the new A-Class, which the German car maker says will “completely redefine modern luxury in the compact class, and revolutionise interior design”.

Set to arrive into Australia in the third quarter of 2018, the new A-Class hints at a new design language previewed by the next-generation CLS revealed in Detroit earlier this month. The darkened teaser photo shows the front profile of the small hatch, offering a glimpse of its reshaped daytime running lights and a more angular front fascia.

Mercedes says the new A-Class retains its youthful and dynamic character, yet it is also more grown up and comfortable than ever. One of many technological highlights that will debut in the new model is MBUX – Mercedes-Benz User Experience. A unique feature of this new multimedia system is its ability to learn thanks to artificial intelligence. 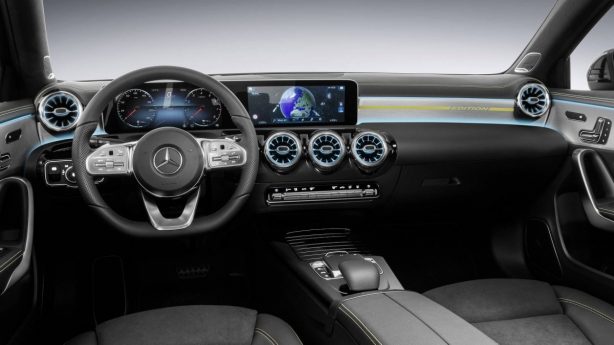 As already seen on more expensive Mercedes models, the new A-Class will be offered with a fully digital instrument panel made up of two 7.0-inch screens, two 10.25-inch screens or a mix of one each. The revamped cockpit will include touchscreen control, navigation display with augmented reality technology plus intelligent voice control with natural speech recognition, which is launched by saying “Hey Mercedes”.

Elsewhere, optional ambient lighting with 62 colour choices will add an element of class to the cabin.

Full details will be revealed on 2 February when the new 2019 A-Class is unveiled.