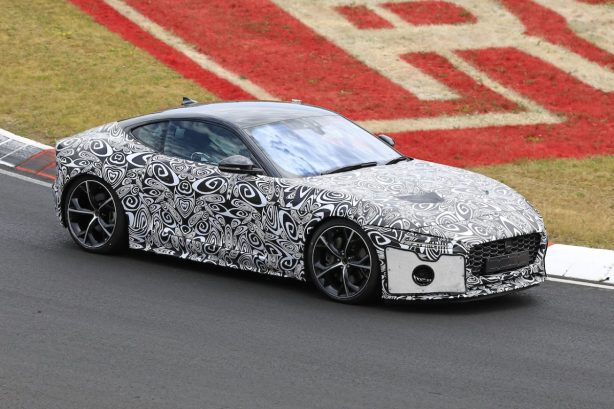 Jaguar has let loose its next-generation F-Type sports car for the first time, with a prototype spotted pounding the Nurburgring circuit this week.

Despite the heavy camouflage, the F-Type prototype could be seen adopting slimmer headlights which flank a wider grille positioned lower than before. There also appear to be new air breathers on the bonnet.

The longer body gives a sleeker side profile, while edgier taillights like those on the i-Pace seem to be biggest change to the rear. 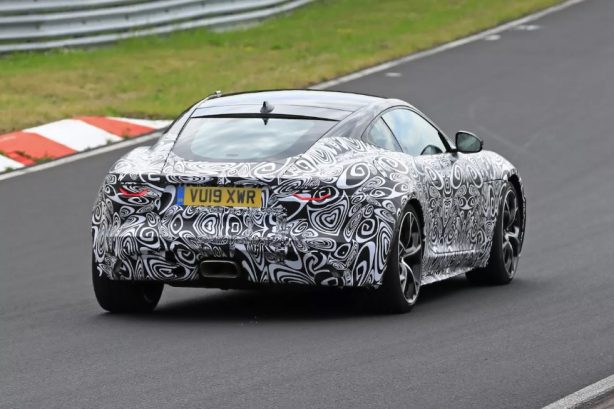 Due in 2021, the second-generation model will replace the current car which has been on sale since 2013. The current powertrain line-up of turbocharged 2.0-litre four-cylinder and 3.0-litre supercharged V6 engines are expected to improve on power and efficiency, but word on the street is that the 5.0-litre supercharged V8 that currently powers the flagship R and SVR models will be replaced by a BMW-sourced 4.4-litre twin-turbo V8.

In line with Jaguar’s electrification strategy, we can expect the introduction of a plug-in hybrid variant and even a full EV model further down the track.