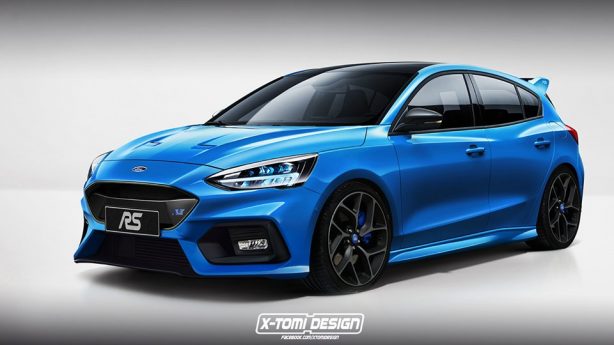 The highly anticipated fourth-generation Ford Focus RS might be arriving sooner than we thought, with reports that the hot hatch is entering the last stages of development in preparation for a late 2020 debut.

UK publication CAR magazine recently spilled the beans on the Blue Oval’s next-gen AMG A45 fighter, speculating that the next RS will enter new realm with over 400 hp (298kW) thanks to the aid of electric propulsion.

Now before you fan boys throw your monitors against the wall in a spate of rage, the new Focus RS will still pack a 2.3-litre turbocharged four-cylinder engine and all-wheel drive. The trick is the petrol engine will solely drive the front wheels, with the rear axle switching to electric drive. And it’s not just any electrically assisted rear axle, but a GKN e-Twinster system – the same company that developed the current model‘s innovative all-wheel drive system.

It should make for excellent traction and response thanks to the instant torque from the electric motors, which can also be shuffled between the left and right rear wheels to create torque vectoring.

Ford has already launched a full EV in the form of the Mustang Mach-E all-electric crossover. So the company is no stranger to electric propulsion, but the RS hybrid assisted performance-focused system should make for an interesting proposition.

Looks wise, the new Focus RS will no doubt be based on the regular Focus, albeit with beefed up body kit and larger wheels. The X-Tomi Design rendering of the new Focus RS shown above should provide a good glimpse of what we can expect of Ford’s hottest hatch. 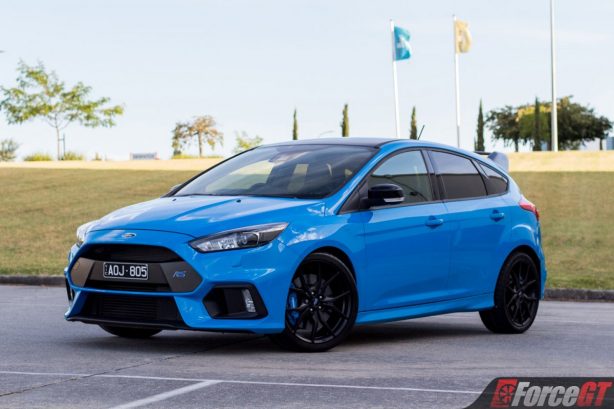