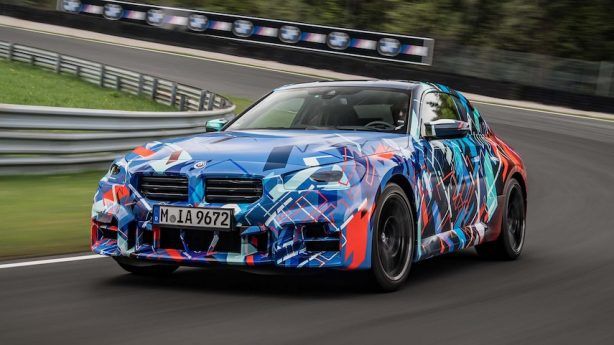 With just a few months remaining until the world premiere of the new BMW M2, the final test phase in the development of the new high-performance car is in full swing. In keeping with its affinity with the racetrack, the car’s driving dynamics were subjected to an intensive test at the Salzburgring in Austria.

The new M2 shares many performance parts with the M3/M4, including its engine and transmission. With the twin-turbo 3.0-litre inline six cylinder engine in the M3/M4 producing 375kW and 650Nm, we can expect the M2 to share the same figures if not dialled down a little – for hierarchical reason. 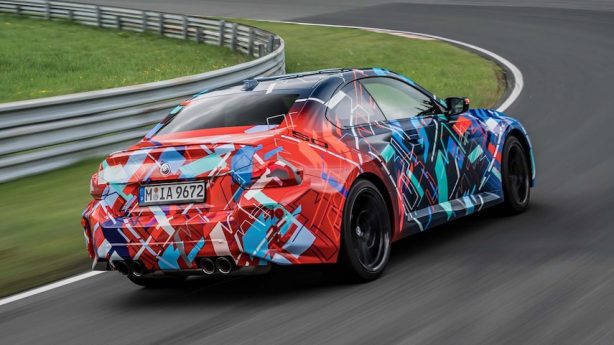 Purist will be pumped to learn that the M2 will be offered with a six-speed manual gearbox alongside the eight-speed automatic. Adaptive M chassis and rear-wheel drive will also be on the spec sheet, so will the powerful brake system from the M3/M4.

The sporty appearance of the new BMW M2 is rounded off by a selection of special equipment options, including a carbon roof to reduce weight. M carbon bucket seats for the driver and passenger, also available as an option, emphasise the racing look of the new BMW M2.

The BMW M2 will have its world premiere in October, with market launch to follow in April 2023.

Previous 2022 Mitsubishi Outlander vs Kia Sportage Review
Next Will we get the semi-rugged Hyundai Palisade XRT?