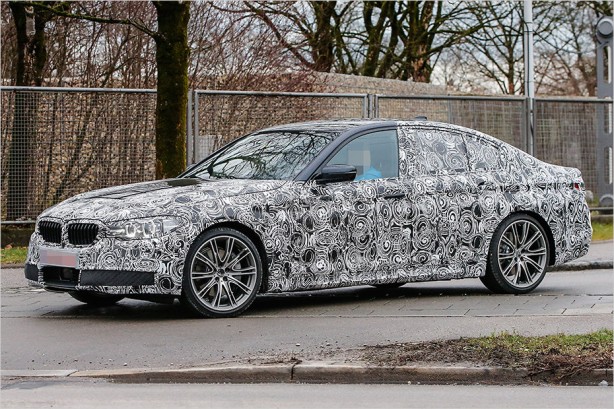 With Mercedes-Benz all set to roll out the all-new 2016 E-Class next week at the North American International Auto Show (NAIAS), it’s no surprise that BMW is feeling the need to get the next-generation 5 Series to market sooner rather than later.

Due for a mid-2016 launch, Munich’s E-Class rival has been spotted undergoing testing on public roads in Germany. Despite the full camouflage, key details of the new 5 Series are still visible, including the wider kidney grille which extends out to the restyled headlights, familiar BMW character lines, new taillights and stylish dual exhaust tips. 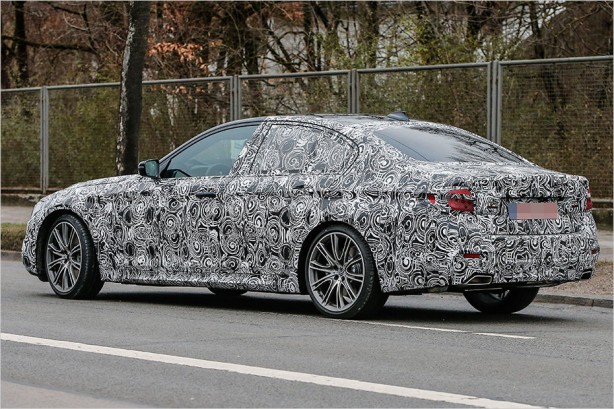 Powertrain details remain a closely kept secret, but we can expect the line-up to include 2.0-litre four-cylinder and 3.0-litre six-cylinder petrol or diesel units, as well as a 4.4-litre twin turbo V8 petrol in varying power outputs.

The range will also be accompanied by two plug-in hybrid variants that combine a four-cylinder petrol engine with electric motors.

In line with market trend, the new 5 Series will move towards semi-autonomous driving. A range of assistance system will be available including remote-controlled parking, automatic steering on freeway and speed limit sign detection and speed control.