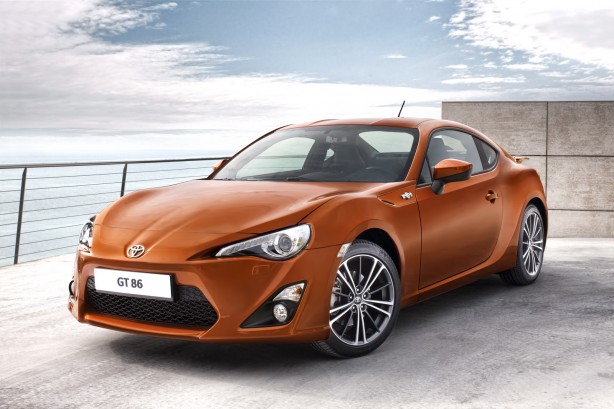 The most anticipated Toyota is here! The FT 86 as we know it is officially known as the GT 86. The name is a tribute to its spiritual forebear – the Corolla GT AE86. The Japanese domestic market version will be known only as the 86.

Unless you have been living under a rock over the last two years, the GT 86 is the product of collaboration between Toyota and Subaru, which will spawn a further two models: the Subaru BRZ and the North American market Scion FR-S.

All three will share the same platform and running gear, including a Subaru developed flat-four engine. There will be minor styling differences unique to each brand to set the cars apart. 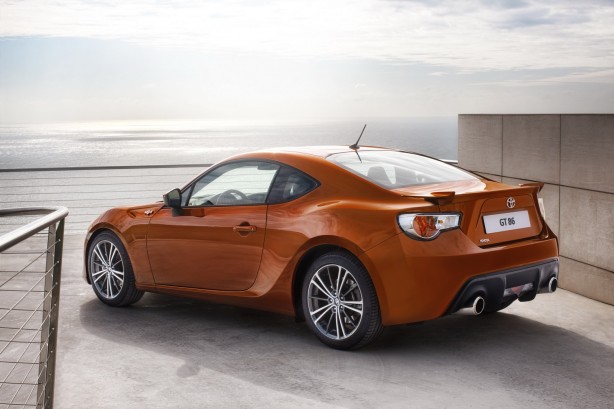 The car’s basic design has mostly been retained from the original concept, albeit slightly toned down. The biggest change is in the rear of the car, where the original Lexus LF-A like design has been replaced with a more sedate styling. At the front, the concept’s gaping grille with swooping LED daytime running lights has been replaced with a trapezoidal grille with a row of LED daytime running lights integrated within the headlights. Overall, it is still a handsome and sporty looking car.

The interior design of Toyota’s new sports coupé is modern and uncluttered. It features a three-meter instrument cluster dominated by a large central tachometer. The centre console has a large screen for audio and navigation systems. In markets where keyless start is specified, the starter button lives here, just next to the ash tray and under the rocker switches for the air conditioning system. 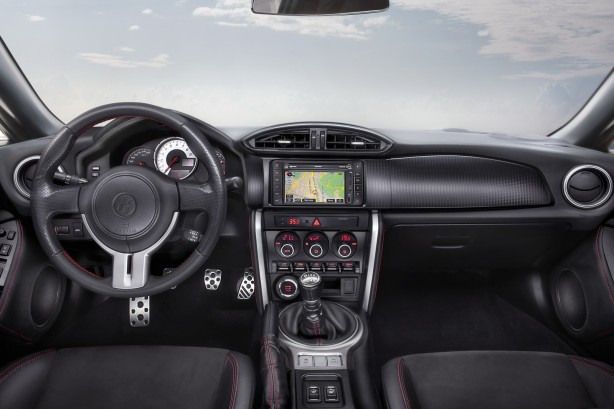 The dashboard has carbon-effect trim. The sporty theme is continued with black roof lining, red stitching on the upholstery and lightweight aluminium pedals. The GT 86 is also fitted with a 365mm diameter steering wheel, said to be the smallest ever fitted to a production Toyota. 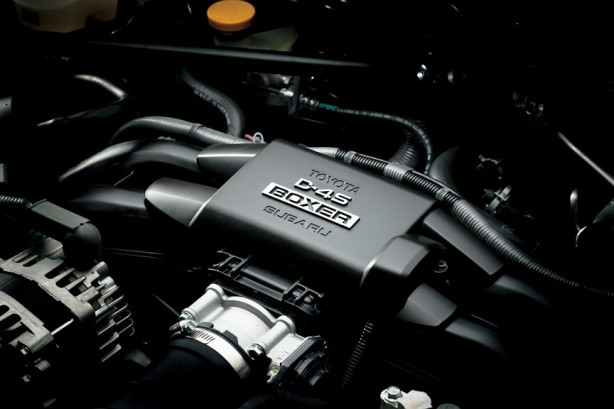 It is mated to a 6-speed manual gearbox with short-throw lever. An optional 6-speed automatic transmission is also available, complete with paddle shifts mounted on the steering wheel. Drive is sent to the rear wheels via a limited slip differential.

The Japanese company says that both the powertrain and the driving position have been set “as low and as far back as possible to achieve the best balance”, with the GT 86 boasting a near perfect 53:47 front-to-rear weight distribution. Funnily enough, Toyota has not revealed the car’s weight, although the sports coupé does have a very low centre of gravity, at just 475mm (18.7 in.).

The suspension features MacPherson struts at the front and double wishbones at the rear, while the standard version of the car rides on 17-inch wheels (18-inch for the JDM model) and is fitted with ventilated disc brakes all around.

The GT 86 is equipped with the usual suite of passive and active safety systems, and comes with switchable vehicle stability control, which Toyota claims “have been tuned specifically to deliver dynamic stability at the limit of the car’s performance with minimal electronic intervention to help preserve the purity of the driving experience”.

Let’s hope that’s the case as Toyota is well known for their overly intrusive electronic nannies.

We’ll bring you more updates when it becomes available. In the meantime, check out the video and high-resolution photo gallery below.