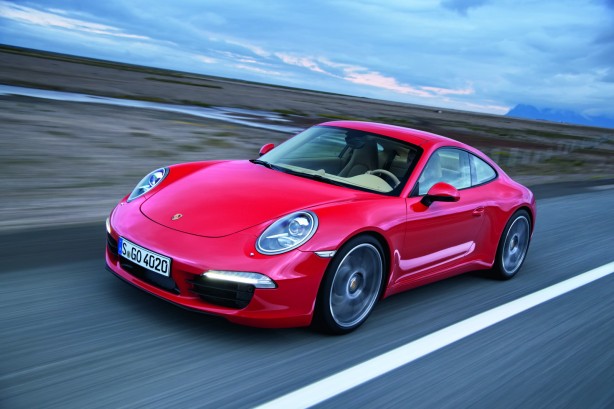 The wait is finally over! Porsche’s most iconic sports car has finally been revealed. Code-named the 991, Porsche’s 9th generation 911 is sleeker as well as lighter than its predecessor.

The car in these pictures is the new 911 Carrera S. In typical Porsche tradition, the car might look quite similar to its forbearer, the 997, but look closely and one will soon find that all body panels are new.

The wheelbase of the new 911 is also 100mm longer than the old car and the front track is wider, although Porsche has achieved this without increasing the car’s external dimensions. The body is made of aluminium-steel that offers significant increase in rigidity as well as up to 45kg (99.2 pounds) weight reduction.

Porsche’s engineers have also spent a large amount of time honing the car’s aerodynamics. The rear spoiler has been widened and extended to reduce lift without increasing the car’s drag coefficient. 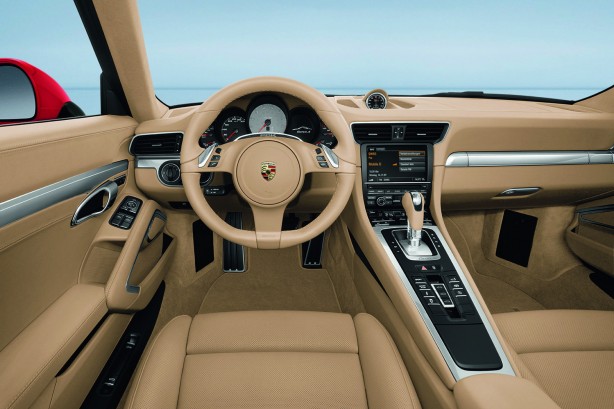 Contrary to the bodywork, the car’s interior is a huge departure from the 997’s. Porsche says that it drew inspiration from the Carrera GT, but we think it has more similarity with the Panamera’s dash, especially the centre console, albeit with fewer buttons to lend a cleaner look. However, classic 911 cues are still there, such as the five round instruments and the ignition key on the left hand side of the steering wheel.

Porsche will launch the new 911 with 2 models, the base Carrera and the sportier Carrera S. Both are available with either a new 7-speed manual gearbox or the dual-clutch PDK automated manual.

The Carrera will be motivated by a new 3.4-litre flat-six engine producing 350hp (257kW). In spite of the engine’s reduced capacity (the base 997 had 3.6-litres), the new Carrera sprints from 0 – 100km/h in just 4.6 seconds when equipped with the PDK gearbox, and 4.4 seconds when the Sport Chrono package is specified. 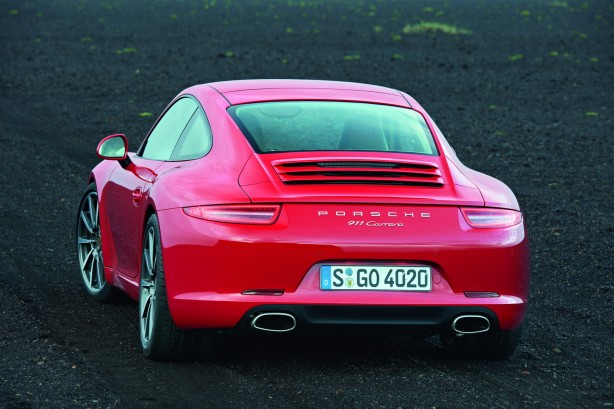 On the aerodynamics front, along with the aforementioned longer wheelbase and wider front tracks, the 991 is also equipped with a new rear axle and, for the first time in the Carrera S, Porsche’s Dynamic Chassis Control (PDCC) active roll stabilisation system can be specified.

The new Porsche 911 will make its world debut at the Frankfurt Motor Show on 13th September.