Will there be a new-generation Nissan Z sports car? It’s been a question asked by many in recent years. Launched over a decade ago, the current Nissan 370Z is no doubt living on borrowed time. With no test mule or prototype in sight, it would seem like the Z’s days are numbered. But a recent filing of a patent application for an updated Z logo with IP Australia this month is offering a glimmer of hope.

Officially filed on March 6, the new logo has gone all retro, styled almost identical to the original Z badging that adorned the iconic Datsun 240Z way back in 1969. Replacing the current blocky, straight-edged Z letter is a more classic version highlighted by the return of the oblique centre dash running through the middle of the Z.

Other than the new logo, details of a new Z car are non-existent, save for some internet renderings that surfaced over the years. However, it would be safe to expect the next Z to adopt the 3.0-litre twin turbo V6 engine in the Infiniti Q60, which in its most potent guise produces 298kW of power and 475Nm of torque. Given Toyota’s reborn Supra makes 250kW and 500Nm, the Nissan in-house developed twin turbo V6 would be more than up to the fight against the fellow Japanese rival.

No timeframe for the new car has been revealed. Here’s hoping the wait wouldn’t be too much longer. 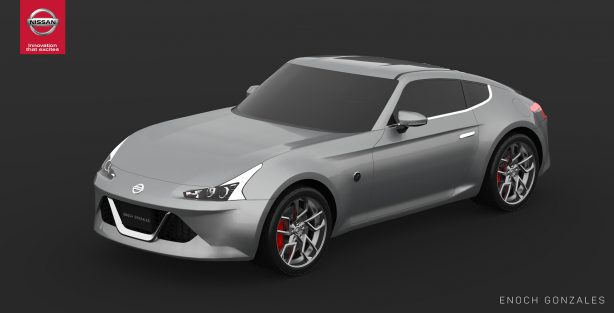