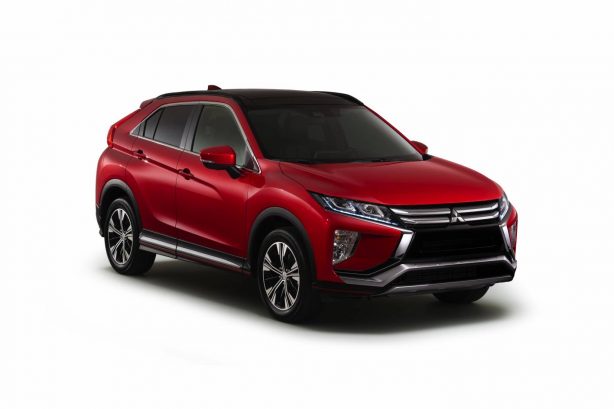 Mitsubishi is set to unveil its new Eclipse Cross compact SUV at the Geneva Motor Show on March 7. Teased earlier this year through a series of shadowy images showing the side profile and rear quarter angle of the crossover, the new model has been given a first look today with the release of the first official photo of the car.

The new Eclipse Cross is said to be a fusion of sharp coupe looks and dynamic SUV mobility with “signature Mitsubishi styling and performance”. At the front it adopts the company’s Dynamic Shield front fascia design theme with a blacked out grille flanked by chrome highlights.

The rear is lifted by the tubular LED brake lights and the central LED hi-mount stop light, joined to form a single bar of light running across the tail, giving Eclipse Cross a “broad appearance” from the behind.

Joining the company’s colour palette is a new red which uses a special coating layered with a semi-transparent red and clear coating. The new paint process is said to create a high colour saturation and intensity that produces an even more refined finish. 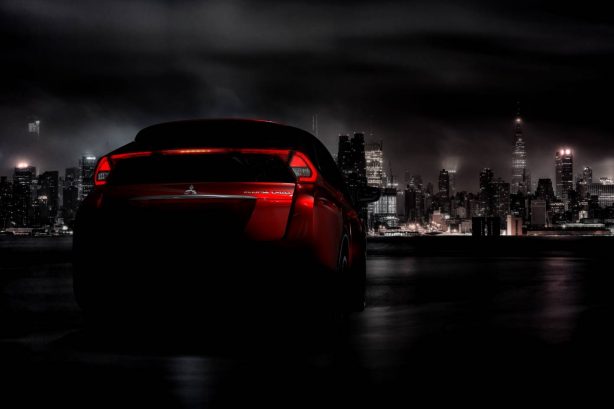 Inside, the horizontal dashboard features silver metal highlights on top of a black/silver monotone colour scheme which Mitsubishi says create a refined interior that is both dynamic and sporty.

Making first application in a Mitsubishi model is the new Touchpad Controller for operating the infotainment system, while Head-Up Display and Smartphone Link Display Audio system with Apple CarPlay and Android Auto will also be available.

While there have been rumors about a replacement for the aging but still popular ASX, Mitsubishi’s latest SUV will join the range as a completely new model, slotting between the ASX city crossover and Outlander mid-size SUV. 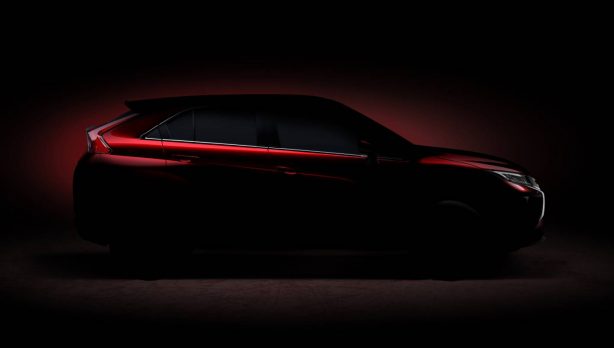