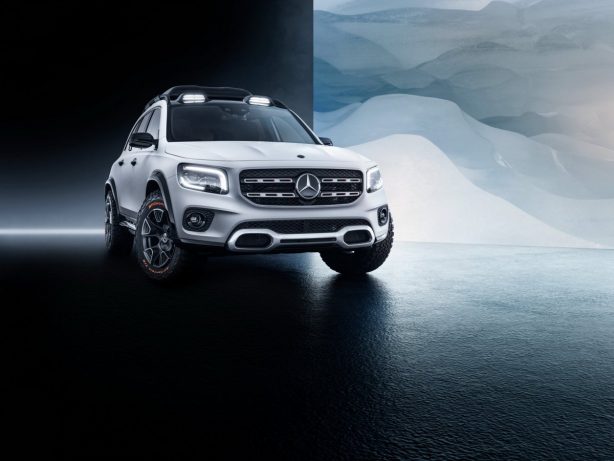 Mercedes-Benz has taken the wraps of its new Concept GLB, previewing yet another new addition to the brand’s SUV line up which will be positioned as a more practical sibling of the GLA.

Mercedes has already confirmed the final production version of the thinly-veiled concept will be unveiled later this year. 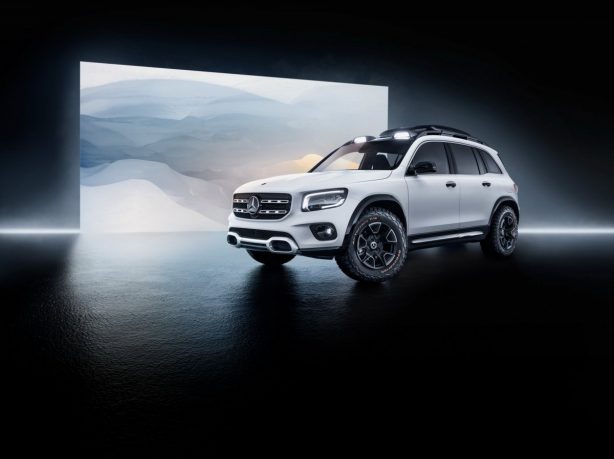 Speaking of which, the interior shares most of its styling with the new A-Class, including the much lauded twin-display setup hosting Mercedes’ MBUX infotainment system. Don’t expect the showcar’s special nappa and nubuk leather clad dash and door panels to make production. 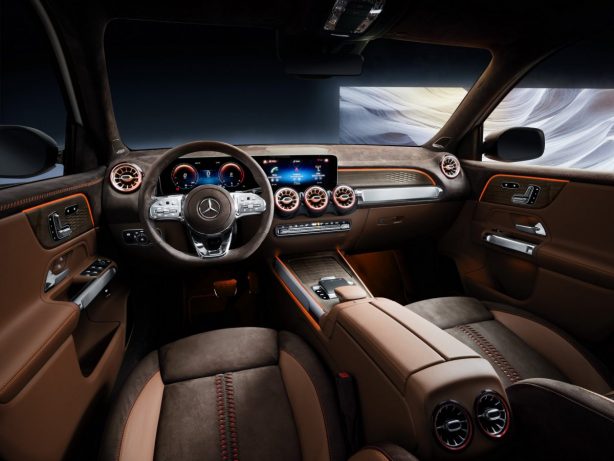 When not in used, the third row of seats can be stowed into the luggage compartment to free up boot space, with Mercedes claiming they can offer comfortable seating for two medium-sized occupants.

The second row of seats can move aft and fore by 140mm – 90mm to the front and 50mm to the rear – to create more space for the third row passengers, or create more generous legroom in five-seat configuration. 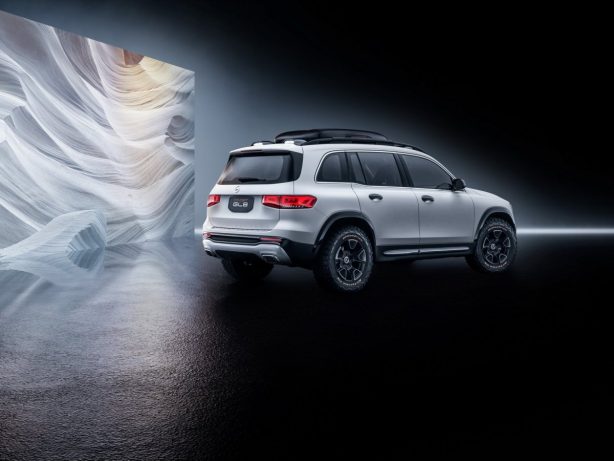 The model will be powered by Mercedes’ M260 2.0-litre turbocharged four-cylinder petrol paired with an eight-speed dual-clutch transmission. The engine generates 165kW and 350Nm of torque directed to all four wheels via the brand’s 4MATIC system which can lock its torque split at 50:50 front and rear in Off-Road mode.
﻿