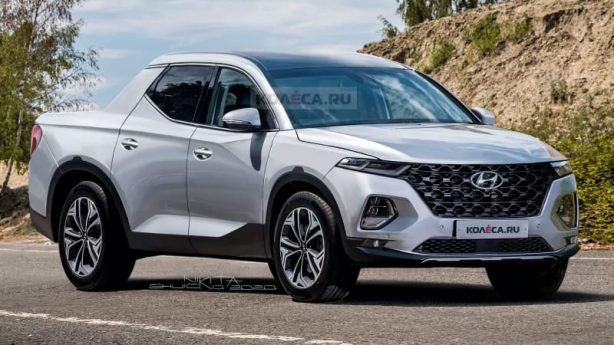 The upcoming new Hyundai Santa Cruz pick-up could look like this when it arrives sometime next year.

Produced by Russian website, Kolesa.ru, the render is based on the photo of a bare shell Santa Cruz which appeared online a fortnight ago (below), borrowing some styling elements from the new Santa Fe SUV. 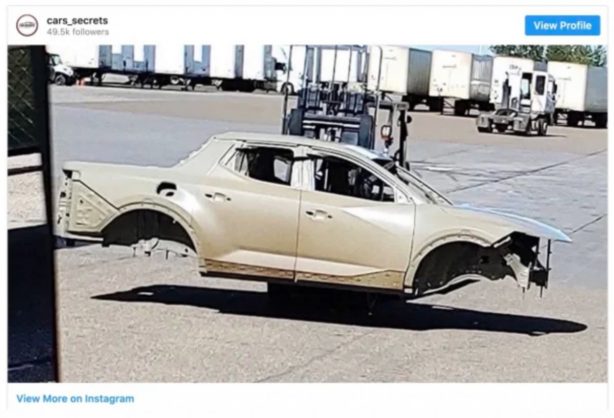 While we will have to wait till the ute’s official debut to know what it looks like, the Santa Cruz will debut a new design direction for Hyundai, with distinctive wedges along its flanks.

Unlike the heavy-duty body-on-frame double cab Toyota Hilux or Ford Ranger, the Santa Cruz is based on the Santa Fe’s platform, meaning it is more of a lifestyle ute rather than a work horse. 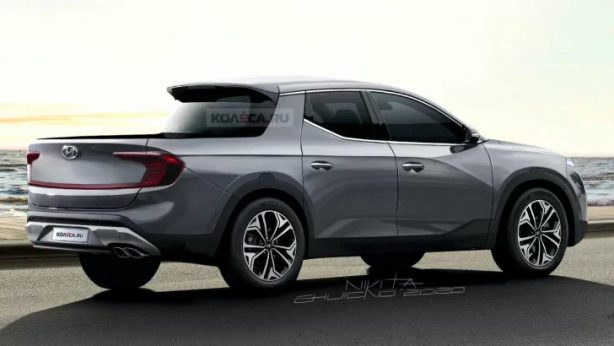 The model is expected to go on sale in the US some time next year and we don’t expect the Santa Cruz to arrive in Australia for another few years, given the time it takes to engineer a right-hand drive model.