This is how the new BMW M8 sounds! [video] 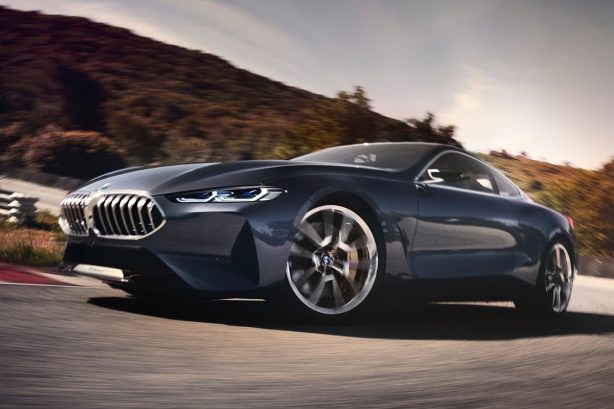 The revived 8 Series Coupe is BMW’s long awaited answer to the Mercedes-Benz S-Class Coupe, which has largely been unchallenged in its segment for quite sometime.

Revealed earlier in May in concept form and slated for launch in 2018, the 8 Series and the M8 performance flagship are currently in its final stages of fine tuning. The latest testing occurred at the Nurburgring circuit where an M8 coupe and two M8 convertibles were spotted pounding the test track. The group of prototypes were also accompanied by what looks like the next-generation M5.

While powertrain line-up for BMW’s next-generation flagship coupe is still under wraps, it’s almost certain that the M8 will share the same drivetrain as the next-gen M5 – a biturbo 4.4-litre V8 petrol engine tweaked to deliver around 458kW, paired with BMW’s xDrive all-wheel drive system.

Watch the video below to hear the V8 rumble of the next-generation M8.