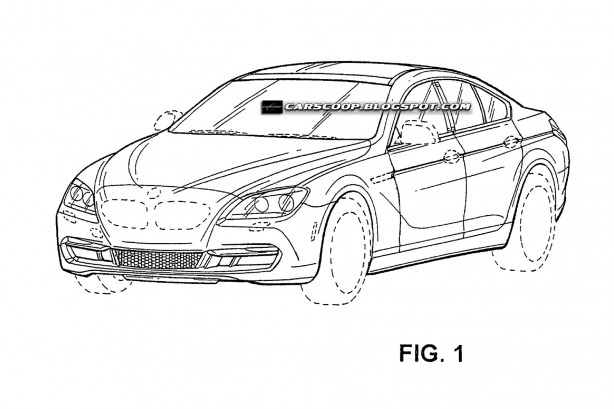 At last year’s Beijing Auto Show, BMW unveiled a low slung, coupé style saloon called the Grand Coupé. A year on, it seems that the concept has made it from show floor to showroom as BMW has just filed a patent for the designs of its Mercedes CLS and Audi A7 contender.

Courtesy of our source at Carscoop, the images outline the shape and other details of the production model. The basic styling of the car is based on the recently launched BMW 6-Series, albeit with two extra rear doors. 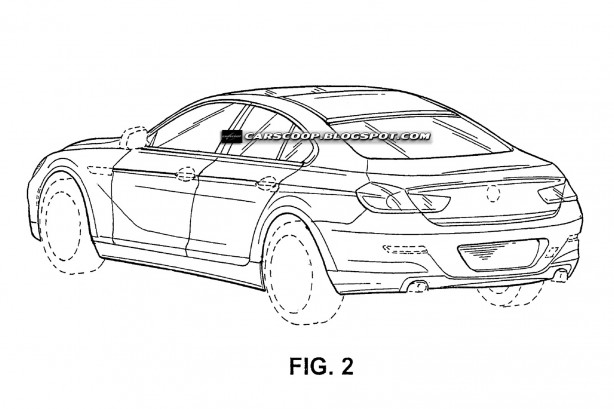 BMW insiders said that the four-door sports coupé will be “closely aligned with the 6-Series coupé, both in terms of technology/platform, and pricing”. What this translates to is the Grand Coupé will have a similar mix of 6 and 8-cylinder petrol and diesel engines, mated to either a 6-speed manual or 8-speed automatic transmission.

The German company remains tight-lipped as to what the new car will be called, but the 6-Series GT name has been thrown about in the grapevine.

The new car is scheduled to go on sale in early 2012. Stay tuned for more updates on the car.