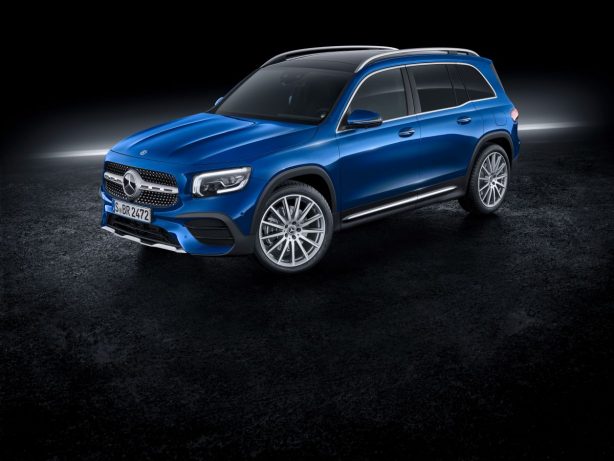 Mercedes-Benz’s transformation from a staid, matured brand to a more youthful offering continues with the introduction of the GLB compact SUV.

Described as a more practical and roomy alternative to the GLA, the GLB is the first compact car from Mercedes to come with the option of seven seats. To accommodate the extra row of seats, the GLB is significantly bigger in all directions compare to the GLA or even the B-Class.

Put side-by-side with the GLA – which itself is due for an update – the GLB is 53mm longer, 30mm wider and 164mm taller than its sleeker sibling, while its wheelbase is 130mm longer. 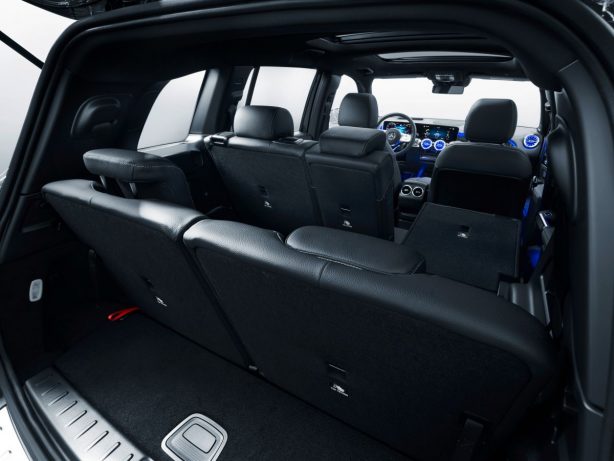 Mercedes says the GLB also boasts a segment-best rear headroom of 1,035mm and 967mm of legroom in the five-seat model, along with 560 litres of boot space which is expandable to 1,755 litres with the rear seats tumbled. The company claims there is enough room for people up to 168cm tall in the third row of seats.

Fulfilling its family-friendly brief is ISOFIX child seat anchors and top tethers to fit up to four child seats across the two rear rows.

Mercedes-Benz has cleverly wrapped up all the practicality in an off-road design with a bluff front featuring a chunky six-point grille flanked by a pair of rectangular headlights. 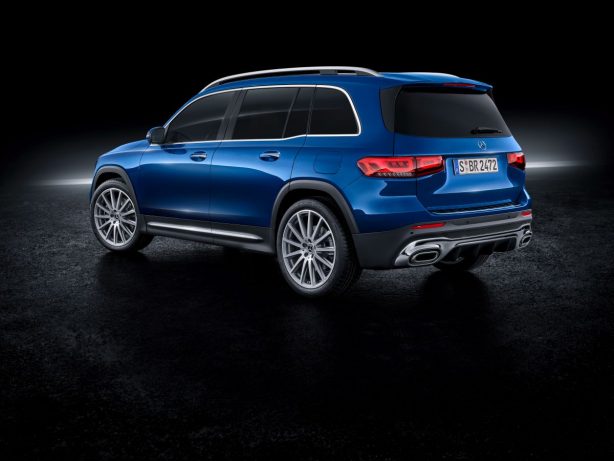 Its profile is highlighted by square-off wheel arches with black cladding, muscular shoulder lines, short overhangs, upright glasshouses and distinctive window line kink. Around the back, the rectangular theme continues with in the rear light clusters.

Inside, the dashboard comes across as a more rugged interpretation of the A-Class’ dash. While the massive flat-screen display and turbine-style air vents remain, there is now a large cutout in the dash where the screen sits, as well as a large aluminium-look tubular trim piece in front of the passenger.

The MBUX infotainment system is now available with mood-lifting Energizing comfort control that links up with select Garmin smart watches to improve its precision. Amenities to the third-row include one-touch Easy Entry function, twin cupholders and non-slip cubby holes, each with its own USB port.

It is mated with a Getrag seven-speed dual clutch transmission that enables a claimed 0-100km/h time of 9.1 seconds, en route to a top speed of 207km/h. Fuel consumption is rated at between 6.0 and 6.2 litres per 100km. 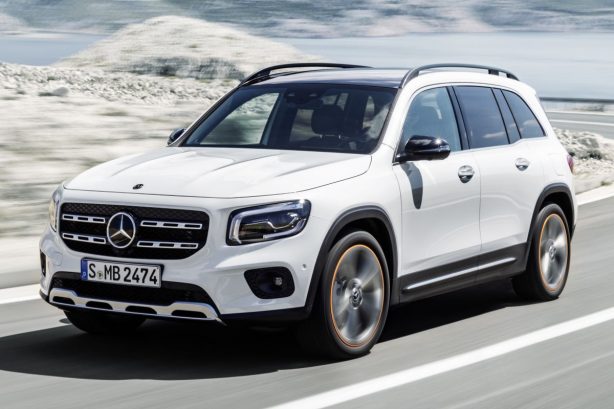 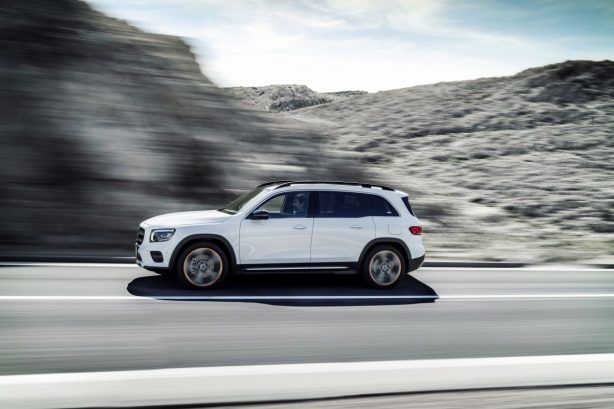 The GLB 250 and GLB 220d comes standard with the 4Matic all-wheel drive system that is optional on the GLB 200d. It’s a fully-variable torque distribution system featuring an 80:20 front-to-rear split in Eco and Comfort modes, 70:30 in Sport mode, and 50:50 split in the off-road mode which forms part of the optional Offroad Engineering Package.

The package also brings hill descent control, specific off-road displays and when equipped with the optional Multi-beam LED headlights, an off-road light function that turns on the cornering lights at speeds up to 50km/h. Adaptive dampers are optional on the GLB.

On the safety front, the GLB comes with the expected range of driver assistance systems, including Distronic adaptive cruise control that can now adapt the speed to corners, crossroads and roundabouts, as well as automatic restarts if Active Parking Assist is selected. The Active Steering Assist function now comes with hands-free Active Lane Change Assist.

Unlike Mercedes-Benz’s other compact car models, which are built in either Germany or Hungary, the GLB will be produced in Mexico at a plant Mercedes runs in co-operation with its alliance partner Renault-Nissan.

The Mercedes-Benz GLB has been confirmed for Australia with local launched scheduled for Q3 2020.