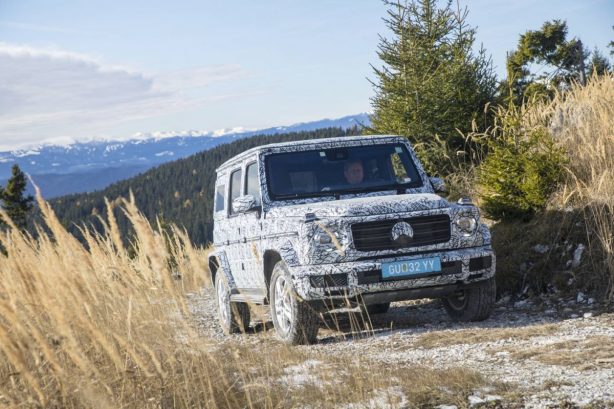 Mercedes-Benz has released a series of photos of its camouflaged 2019 G-Class along with more details of its new off roader.

The new 2019 G-Class has undergone extensive development, including conquering the 1,445m high Schöckl near the Austrian city of Graz. The 5.6km test route includes gradients of up to 60 percent and lateral inclinations of up to 40 percent. Mercedes says the primary goal of development was to make the new G-Class even more effective off-road.

To that end, the new G-class continues to ride on a ladder-type frame with three 100-percent differential locks and Low Range off-road ratio. Its independent suspension with double-wishbone front axle in combination with a rigid rear axle is developed with Mercedes-AMG and is said to surpass the off-road capabilities of its predecessor. 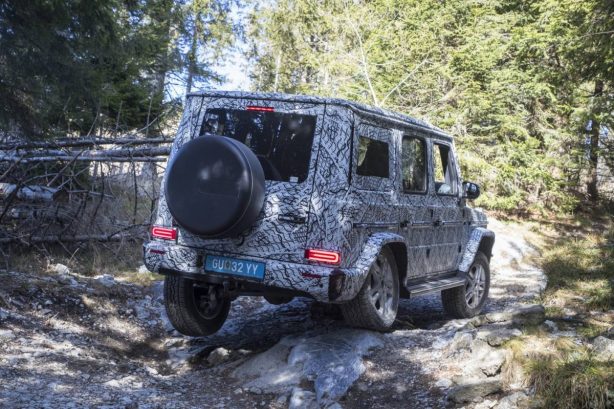 According to Mercedes, the new G-Class has a slope climbing ability of up to 100% on suitable surfaces. It has a ground clearance between axles of 241mm, plus 70cm maximum fording depth. It boasts a approach and departure angles of 31o and 30o, and a 26o breakover angle.

To further aid off-roading, the G-Class features an all-new G-Mode, which is activated as soon as low range is engaged, or when one of the three differential locks is selected. Mercedes says G-Mode alters the characteristics of the accelerator, steering system and adjustable damping system to ensure maximum off-road capability.

The new model will get Mercedes’ 9G-TRONIC 9-speed automatic transmission with torque converter specifically adapted to meet the needs of the off-road icon. It promises to make the G-Class quieter, more comfortable and more fuel-efficient. 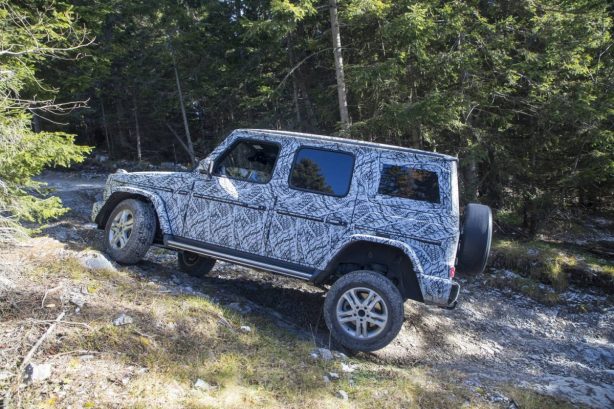 In terms of equipment, the new G-Class can be equipped with an optional 360o camera to help all-round visibility. The information is displayed in full HD in a choice of different views on the multimedia system’s display. In addition, the off-road screen specially designed for the G-Class also displays data such as height, gradient, angle, compass, steering angle and activated differential locks.