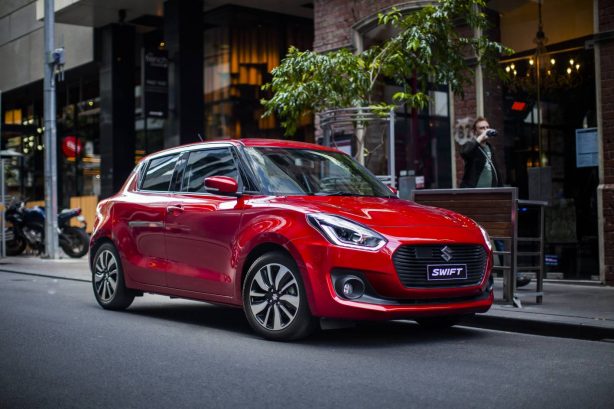 Suzuki’s new from the ground up Swift is now available in Australia, priced from $16,990 Drive Away.

Under the bonnet, the GL and GL Navigator offer a 66kW/120Nm 1.2-litre four-cylinder Dualjet engine with the option of 5-speed manual or CVT automatic transmission, with the top-spec GLX flaunting 6-speed auto alongside a newly-developed 82kW/160Nm 1.0-litre three-cylinder Boosterjet engine with direct-injection and turbocharging, generating higher torque from lower revs. 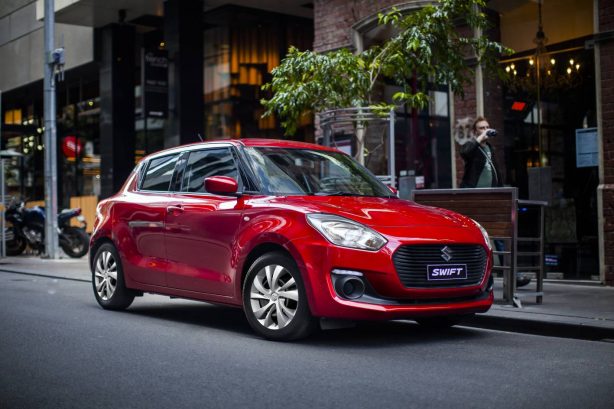 According to Suzuki, the key development term used throughout the design of the new Swift was innovation and as a result, Swift Chief Engineer, Mr Masao Kobori, has introduced an exciting new-generation platform and engineered a completely new chassis, body structure, and powertrain.

Tempered on the roads of Europe, the Swift rests on a new Heartect platform said to deliver enhanced vehicle performance through its lightweight and rigid frame. So lightweight in fact, that the new underbody weighs 30kg less than the one it replaces, fostering lower fuel consumption and better overall vehicle performance. 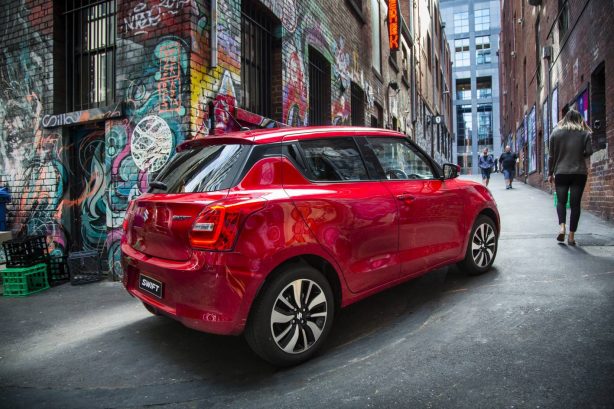 As an added safety blanket – and in addition to ABS, EBD, and BA standard across the range – the top two grades also feature Suzuki’s first application of a forward detection system using the combination of a monocular camera and laser sensor attached to the windshield. Further enhancing peace of mind are a lane departure warning function, a weaving alert function and another Suzuki first – high beam assist.

The stylish new interior has been created with driver comfort in mind, the idea being a sportier appearance without compromising the functional aspects of the car. The sporty dash, flat-bottomed steering wheel, body hugging seats, and driver-angled centre console all combine to create a relaxing and intuitive environment. 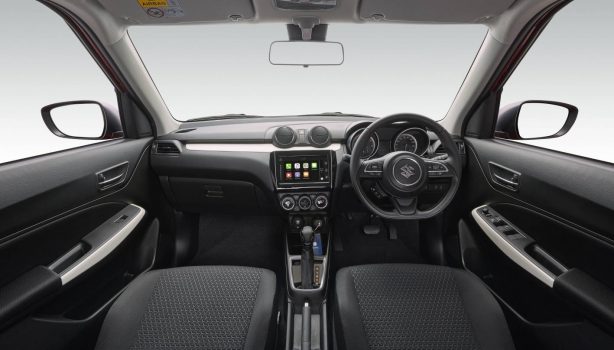 Further complementing the swish interior and carrying forward the Suzuki tradition of the latest connectivity at great value prices, the Swift includes a seven-inch touch display multimedia unit with built in sat-nav, reversing camera, and both Apple CarPlay and Android Auto, as standard from the entry level GL Navigator.

Suzuki Australia Automobiles Director, Andrew Moore said, “The new Swift has been five years in the making with a lot of that time dedicated to implementing and perfecting systems and features based specifically on what our customers have told us they want. The end result is something that I could not be prouder of, and something that perfectly marries together bold innovation with the Swift DNA we all know and love.” 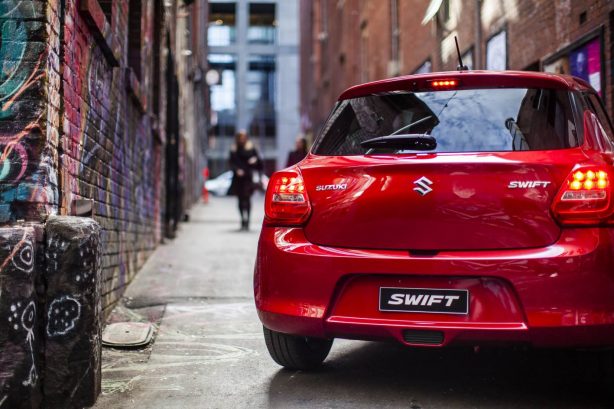 Moore continued, “The new Swift is without doubt the best value light hatch on the market – no one else can provide features like sat nav, reversing camera and alloy wheels in its entry auto; no-one else offers the advanced safety features such as AEB and radar cruise under $20,000”.

“With the launch of the new Swift today, I can comfortably say we now present the strongest line-up for compact vehicle customers looking for outstanding reliability and value,” Moore stated.