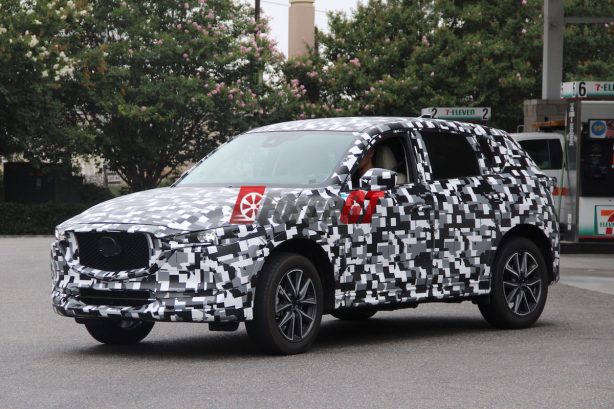 A 2017 Mazda CX-5 prototype has been spotted testing in Southern California, ahead of its debut later this year.

Seen here in our spyshots wearing the usual camouflage, we can see the new model will sport an evolutionary rather than revolutionary design. Its profile, in particular, will be familiar to current owners, although the overall shape is slightly more rounded. 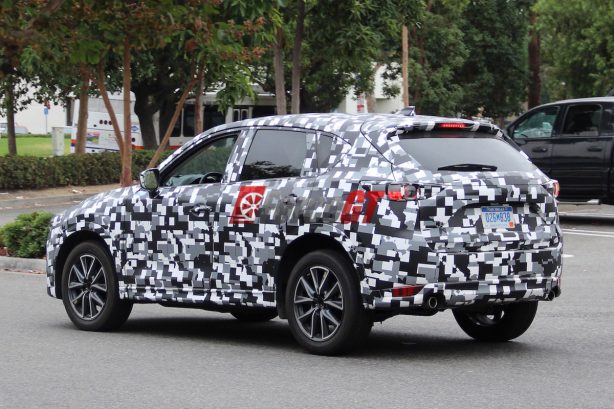 Underneath the brand new sheet metal, we can expect a reduction in kerbweight over the current car, as Mazda continues with its strict dieting programme for all new models.

Powertrains for the 2017 CX-5 remains a mystery at the moment but with a reduction in weight and slipperier aerodynamics, Mazda could carry over the current SkyActiv-G 2.0- and 2.5-litre four-cylinder engines, as well as SkyActive-D 2.2-litre turbodiesel. We could also see a plug-in hybrid variant joining the range. 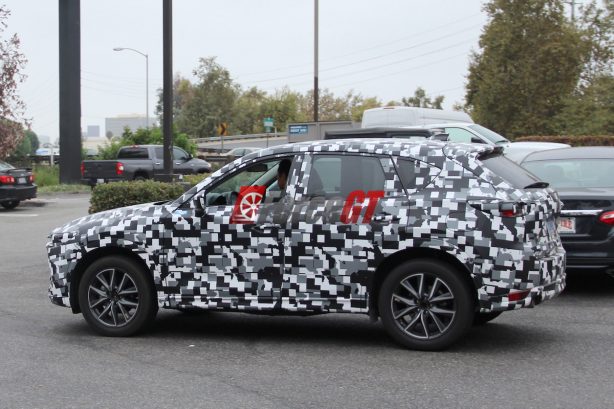 While we have yet to see the interior, being one of the most crucial models for Mazda, we can anticipate the new CX-5 to carry a brand new dash design similar to the recently revealed CX9, with a step up in cabin quality and a new generation of infotainment system, along with an advance in active safety systems.

Have spy photos of your own? Share them with us at admin@forcegt.com