More powerful Mercedes A45 AMG on the way? 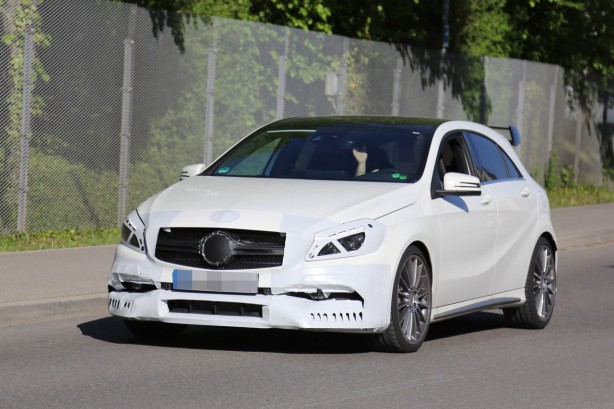 Is Mercedes out testing an even more powerful version of the ballistic A 45 AMG super hatch? Captured by spy photographers is this partially camouflaged prototype of the A 45 AMG undergoing public road testing.

The prototype’s front and rear bumpers were heavily disguised, suggesting new bumper designs are on the way for the possible hardcore A 45 AMG, along with a prominent roof rear spoiler and new grille.

The current production A 45 AMG packs the world’s most powerful four-cylinder 2.0-litre turbocharged engine, punching out 265kW and 450Nm. The sprints from zero to 100km/h takes just 4.6 seconds.

With the upcoming Volkswagen Golf R400 speculated to have around 298kW melting its crank, it’s no surprise Mercedes is also trying to up its game. Expect the baddest A 45 AMG to debut at the 2015 Frankfurt Motor Show in September. 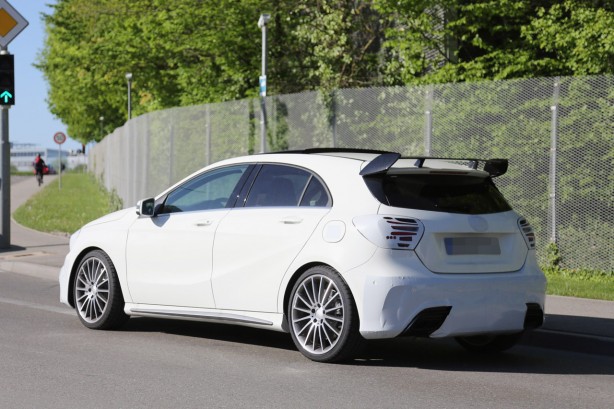