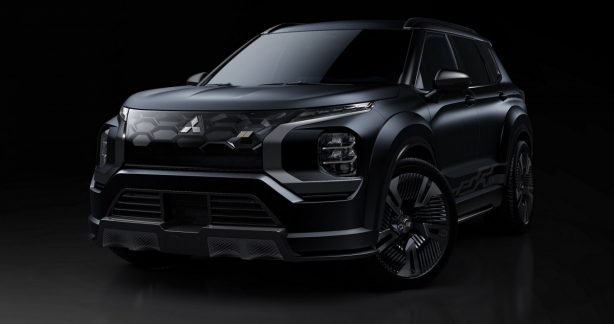 Mitsubishi has confirmed its famed performance arm, Ralliart, is returning after a long hiatus but this time around, they’ll be working on the diamond brand’s line-up of SUVs, including the latest Outlander.

Seen here as a concept, the Vision Ralliart Concept is based on the 2022 Outlander PHEV but pumped up with an aggressive wide body kit and massive 22-inch wheels.

On the styling front, the concept features a closed off honeycomb grille, redesigned front bumper that reaches closer to the ground, wheel arch extensions, and a new rear bumper with F1-inspired fog light and diffuser. The concept is dressed in a matte black paint job with blue highlights when lit. 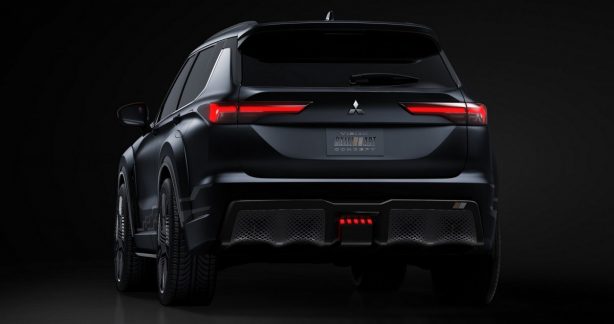 Mitsubishi hasn’t released any photos of the car’s interior but we suspect it will be similarly sporty and sinister.

No specifications of the electrified powertrain have been announced, either, except that it has “higher motor output, sportier 4-wheel control tuning, and enhanced battery capacity” compared to regular Outlander PHEV. 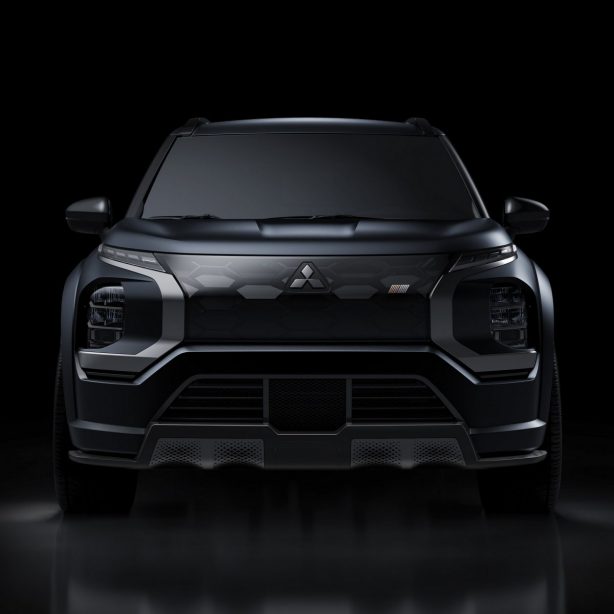 Mitsubishi also claims the Vision Ralliart incorporates Ralliart DNA as well as “elevated acceleration, cornering, and braking in all road and weather conditions”, suggesting that engineers fettled with the donor car’s chassis. This can be seen from the high performance tyres and larger disc brakes with opposed-piston 6-pot brake calipers fitted to the concept.

While just a concept study, Mitsubishi hinted customer feedback could see the possible production of the Vision Ralliart in the future.

The updated 2021 Mitsubishi Eclipse Cross has arrived on Australian shores, with the renewed line-up …