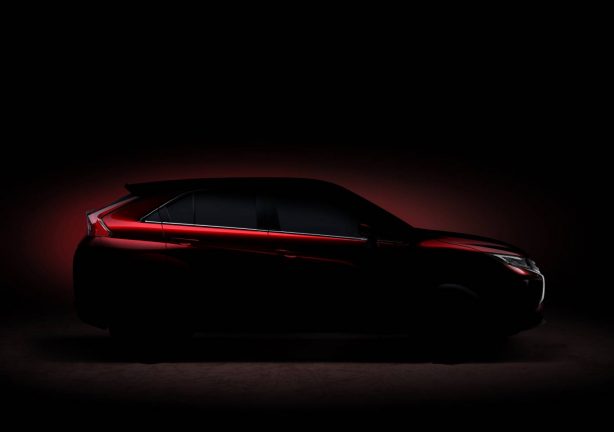 Mitsubishi is about to expand on its SUV offering when a new model launches at the Geneva Motor Show this March. Previewed through a shadowy teaser image released today, the new compact SUV will join Mitsubishi’s current crossover line-up which comprises the ASX and Outlander.

While there have been rumors about a replacement for the aging but still popular ASX, Mitsubishi’s upcoming SUV will join the range as a completely new model. The single dimly-lit image shows the side profile of what looks like a mid-size crossover, with a length that appears to slot between the smaller ASX and larger 7-seat Outlander.

If our judgement is correct, the new Mitsubishi crossover, which name is still a mystery, will play in one of the most competitive segments on the market going up against the likes of Mazda CX-5, Toyota RAV4, Honda CR-V and Kia Sportage.

The Japanese company has not released technical details of its new model but describes its looks in a press release that reads: “Styling features include a wedge-shape belt line, a forceful character line running through the side, a more steeply raked rear window, and long wheelbase with short rear overhang proportions. These produce a sharp and active looking coupe SUV shape that represents MMC’s vehicles. Together with heavily flared front and rear fenders, these elements create a dynamic and sporty design that engenders the powerful image of a stocky track athlete.”

The new Mitsubishi compact SUV will premiere in Geneva on March 7.