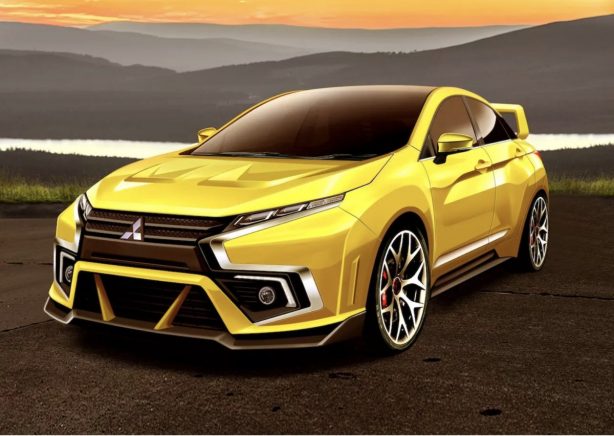 Anyone from the original Gran Turismo era would know about the Mitsubishi Galant VR-4. This modern Japanese classic was a performance power house of the early 90s packing the Evo’s 300 horsepower 2.0-litre turbo charged in-line four engine and full-time all-wheel drive.

The mid-size sports sedan was considered the M5 of the east and spawned three generations over its production run of 15 years, with the final iteration gaining a 2.5-litre turbocharged V6 engine.

So far, there has been no news about a potential Galant revival but that didn’t stop Japanese publication from ripping up an amazing render of a 21st century Galant VR-4.

Adopting styling cues from the Mitsubishi Eclipse Cross and the brand’s ‘Dynamic Shield’ family front fascia, the folks at Clicccar has managed to bring the all-paw performance sedan back to life.

While it’s unlikely that we will see a new Galant VR-4, at least not in the near future given Mitsubishi’s current obsession with SUVs, Clicccar’s rendering shows what’s possible with the current Mitsubishi design language and its suitability for a sports car application.

Some inspiration for Mitsubishi perhaps?