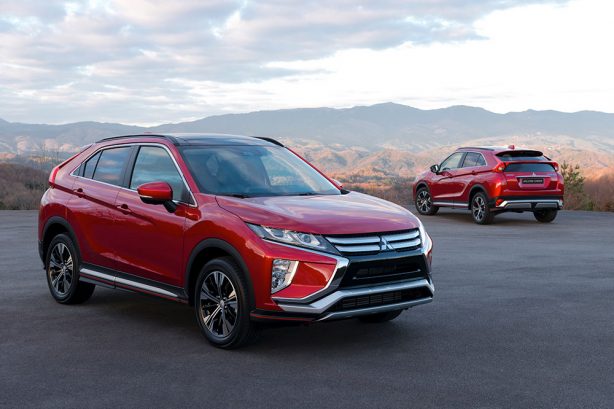 Mitsubishi has lifted the covers off of their latest 5 seater SUV named the Eclipse Cross during the Geneva Motor Show. The Eclipse Cross shares only the name from their Eclipse sports car of 90’s as the new model is a true Electrically-controlled 4WD SUV making use of their Super All-Wheel Control (S-AWC) system pioneered from the rally bred Evo Lancers.

The S-AWC system adjusts the torque split front and rear to deliver the ideal amount of torque to the rear wheels depending on the driving situation. The S-AWC system also incorporates Active Yaw Control (AYC) which takes into account steering angle, yaw rate, drive torque, brake force and wheel speed from various sensors to adjust torque and braking to each of the rear wheels individually. 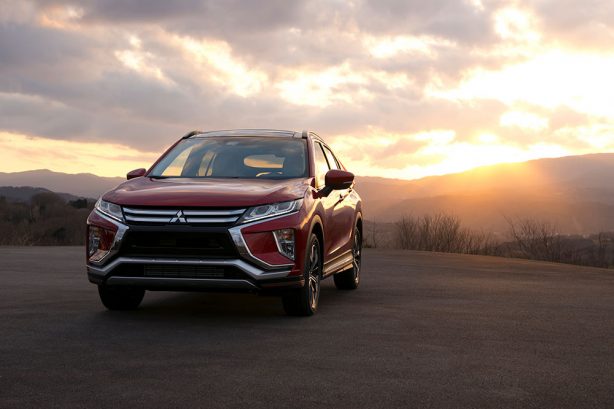 A more rigid body has been achieved by adding in a three piece front strut brace to eliminate chassis flex under load at the front as well as strategically implemented structural bonding used in the rear to the same effect. The stronger more rigid body is sure to enhance the driving experience offering a more connected feel to the road, responsive driving dynamics and feedback when pushed. 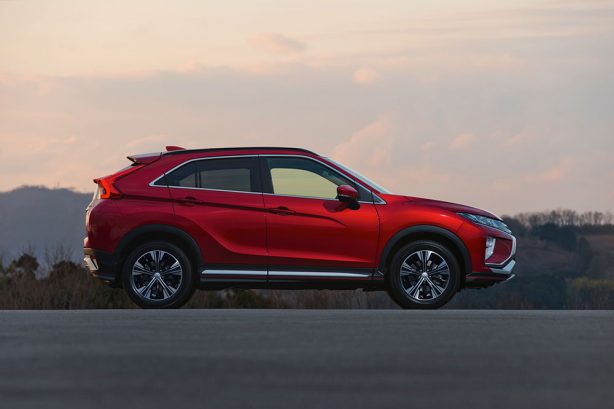 The driveline isn’t the only beneficiary of technological improvements, inside the Eclipse Cross will come loaded with a Heads Up Display providing the driver crucial information without the need to take eyes off the road. A new touchpad interface similar to laptop touchpads will be used to interact with the on board infotainment system which allows the driver to intuitively make adjustments again while keeping focus on the road. 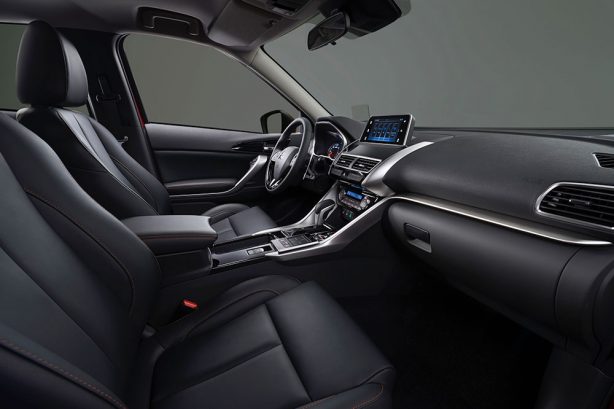 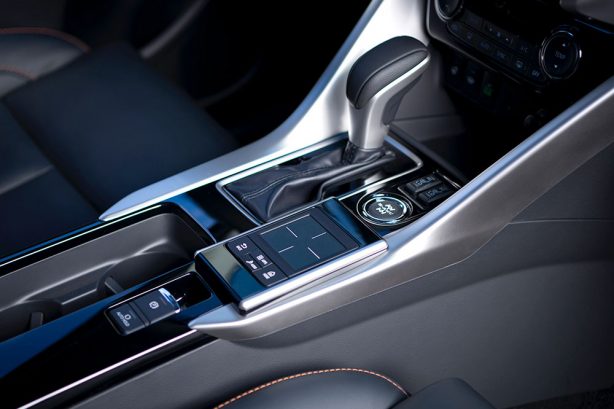 Safety conscious motorists can rest at ease as the Eclipse Cross will come with Blind Spot Monitoring, Active Cruise Control, Lane Departure Warning and we’re expecting a 5 star ANCAP rating to be achieved once tested.

Up front the visual design of the Eclipse Cross features Mitsubishi’s “Dynamic Shield” front design which symbolizes the protective functionality for occupants that the front end provides. Side on the Eclipse Cross features a striking body line that makes its way from the front door through both door handles and leads into the rear tail lights where we find the center brake light horizontally connected to form one large horizontal light. The overall design could be mistaken for a Lexus NX at a glance while retaining distinctive Mitsubishi styling cues on closer inspection.

The European market is expected to receive the Eclipse Cross in Spring of this year followed shortly after by the Japanese, North American and Australian markets.