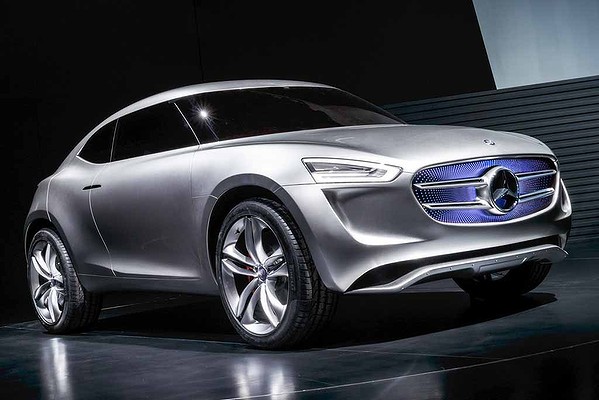 Mercedes-Benz has previewed a small SUV called the G-Code. The hydrogen-electric 2+2 concept is said to eventually spawn a production model set to be positioned beneath the A-C

Mercedes-Benz has previewed a small SUV called the G-Code. The hydrogen-electric 2+2 concept is said to eventually spawn a production model set to be positioned beneath the A-Class line-up. 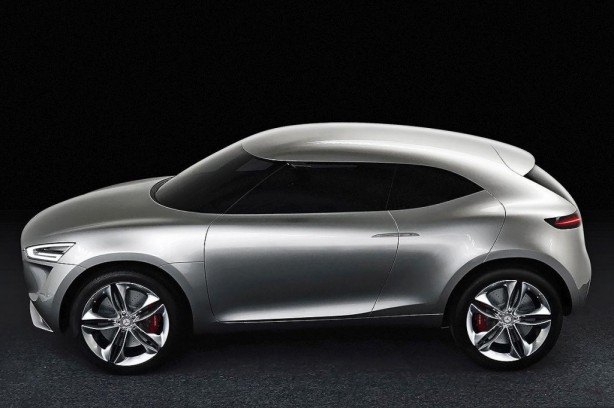 The innovative new concept was revealed in Beijing, China in conjunction with a ceremony to celebrate the opening of Mercedes’ new R&D facility in the country. The project is a collaboration between a team at Mercedes’ advanced design centre in China and its main studio in Germany.

The G-Code is inspired by the modern lifestyle of the younger Asian society, and is reflected in its compact dimensions. It measures 4.1 metres in length (around 320mm shorter than the GLA), 1.9 metres in width (96mm wider) and just 1.5 metres (6mm taller) in height.

It adopts elements of Mercedes’ current design language, including a prominent upright grill flanked by a pair of angular headlamps with G-shaped LED driving lights. For added visual effect, the grille is backlit in one of three colours – blue, purple or red – depending on the chosen driving mode. Its muscular stance comes courtesy of flared wheel arches housing 21-inch wheels, heavily structured surfacing and a one-piece tailgate. 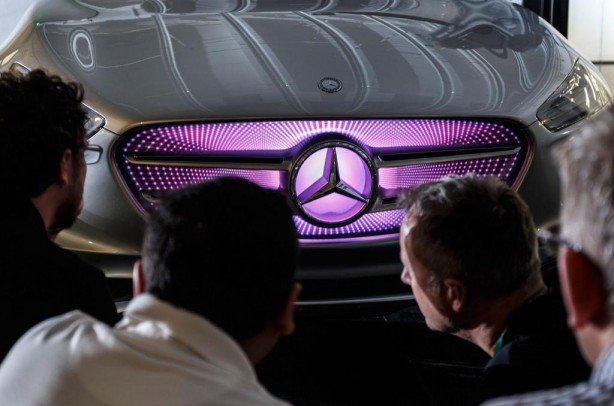 Its roof appears to float on top of the car, thanks to the wrapped around windscreen with blacked out A-pillar. And because the concept doesn’t have a B-pillar, the designers have given the five-door hatch coach-style doors at the rear for unimpeded access to the cabin.

The G-Code is also dispensed with rear-view mirrors, with the designers employing two cameras mounted on retractable arms with the upper section of the A-pillars. A full-length strip of LEDs makes up the taillights. 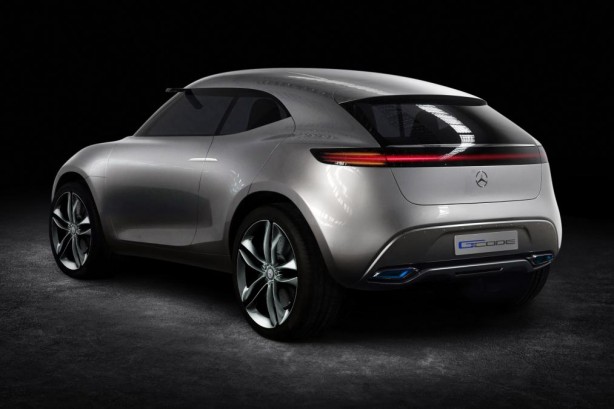 Mercedes hasn’t released much details on the G-Code’s power plant, besides saying it is powered by a turbocharged engine that runs on hydrogen and an electric motor that drives the rear axle to give the car an all-wheel drive setup.

The concept will make its official debut at the Los Angeles Auto Show later this month.