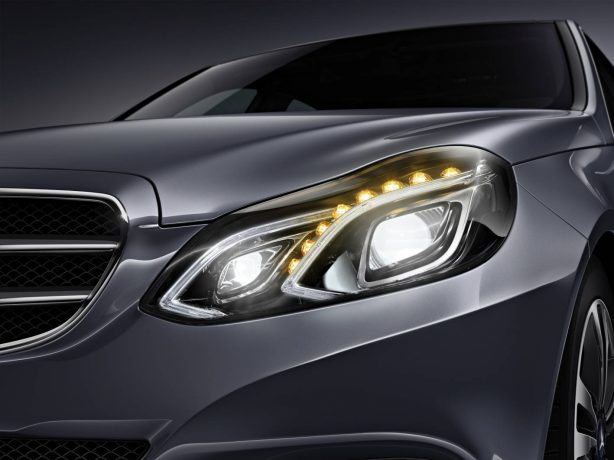 Mercedes-Benz is leading the way in lighting up the road with Active Multibeam LED headlights. Set to be introduced on the company’s range of vehicles in the coming year, Active Multibeam LED takes the situation-based control of the vehicle’s headlamps into a new dimension.

Up until now, individual functions such as the adaptive headlight function or anti-dazzle main beam have been controlled mechanically. Now, with the targeted control of numerous individual LEDs, the engineers at Mercedes-Benz are able to achieve new levels of variability when it comes to light distribution.

Each LED can be switched on individually, therefore enabling precisely targeted areas to be illuminated. The various light functions are controlled independently of each other. This in turn makes it possible to adjust the headlamps even more precisely to suit the current road conditions. The headlamps are able to adjust their light pattern extremely quickly and unobtrusively – and this can even occur individually for the left and right headlamps respectively. Control units calculate the ideal light pattern 100 times per second. The system collects information via a camera. 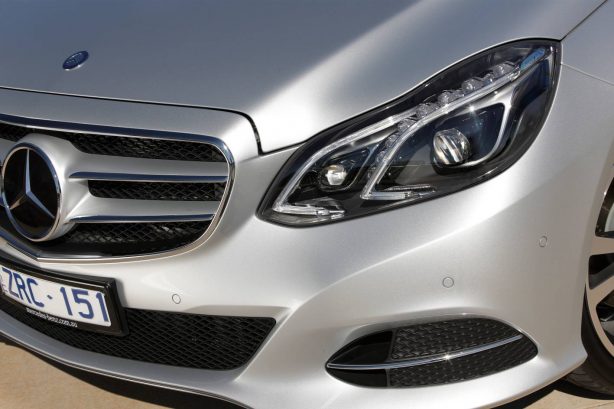 “The first LED headlamps, with all the adaptive functions of the Intelligent Light System, have been available to our customers since 2010, in the CLS”, according to Prof. Dr Thomas Weber, Member of the Daimler Board of Management responsible for Group Research and Head of Development at Mercedes-Benz Cars.

“With Active Multibeam LED, the headlamps are able to react even more quickly and individually to changing traffic conditions. On top of this there are extended functions of which a driver will become directly aware, such as anticipatory cornering detection in the case of the active light function. With such features Mercedes-Benz is continuing to extend its pioneering role in the automotive lighting sector.” 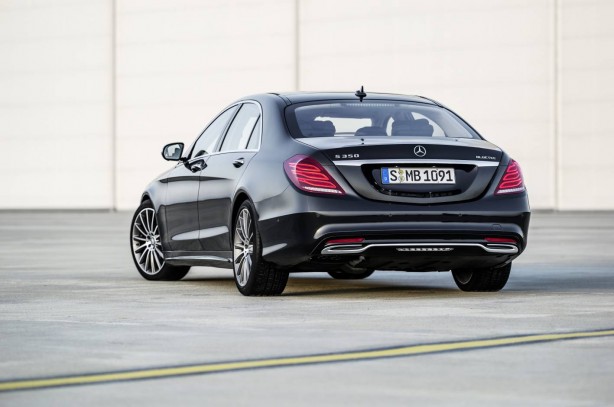 Adaptive Highbeam Assist Plus will be available in the upcoming Mercedes-Benz S-Class. It allows the high-beam headlamps to be kept on permanently while driving, by masking out any other road users detected in the beams’ cone of light. If the camera-based system registers either oncoming traffic or vehicles ahead, it will adapt the light distribution according to the traffic situation when the high beam is switched on. Consequently, the driver can leave the high-beam headlamps on at all times and use their full range without irritating or even endangering other road users. There is no need to switch them on and off manually, resulting in a significant increase in the overall driving time with high beam.

Adaptive Highbeam Assist Plus likewise makes use of the new stereo camera also employed by other assistance systems. If its image recognition algorithm picks up a vehicle that is oncoming or driving ahead, it actuates a mechanism in the headlamp module. This then masks the portion of the LED headlamps’ high-beam cone of light where there are other vehicles, to prevent their drivers being dazzled. If road users are detected outside the area that can be masked – for instance when cornering with multiple vehicles in the headlamps’ beams – the system will switch to the familiar function of headlamp range control using the low-beam headlamps.

Possible backglare caused by increased use of the main beam and highly reflective signs at the side of the road is also detected and eliminated by dimming the headlamps accordingly. 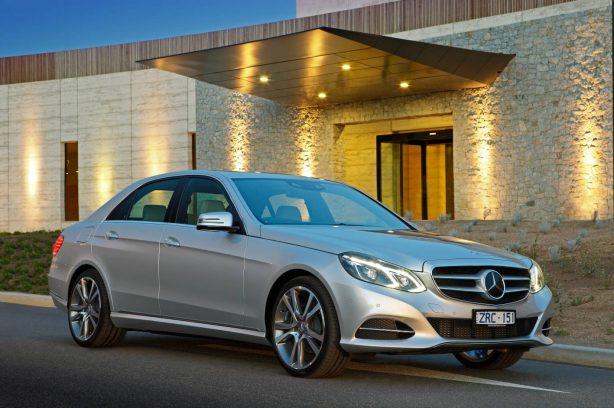 It’s a similar story at the other end of the vehicle. The new S and E-Class’ features taillights with automatic intensity control. With this, the brake lights and indicators are operated with varying light intensity, depending on the driving situation and ambient lighting (day/night).

If the Mercedes driver presses the brake pedal while stopped at traffic lights at night, for instance, the brightness of the brake lights will be automatically dimmed to avoid dazzling anyone behind. The light distribution is broadened to ensure the lights do not become too dim and that they continue to fulfil all legal requirements.