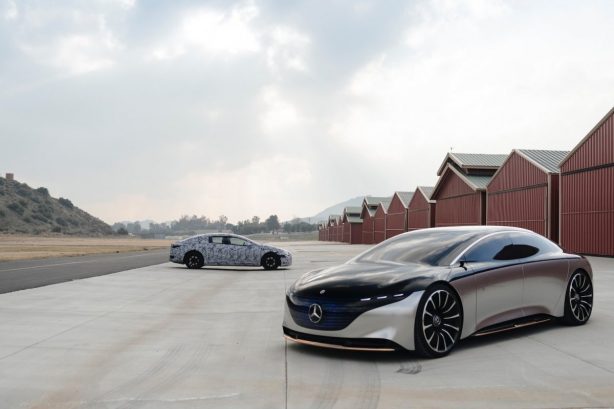 As we head into a new decade, the automotive landscape is set to shift towards electric cars and Mercedes-Benz is steaming ahead in full force, releasing “spyshots” of its EQS electric sedan.

Shown next to the Vision EQS concept that previewed the flagship EV model, the EQS is reportedly coming in 2021.

Unlike the swoopy concept with massive show car wheels, hidden door handles and cameras for rear view mirrors, the production model is set to be a little more down to earth with door handles, conventional mirrors and smaller wheels. It also appears to be taller although the “one bow” monobox profile seems to be retained.

Inside, we can expect the production EQS to feature the concept’s portrait style touchscreen running a new version of the Mercedes-Benz User Experience (MBUX). It isn’t clear at this stage whether the screens on the front doors will make it to production. 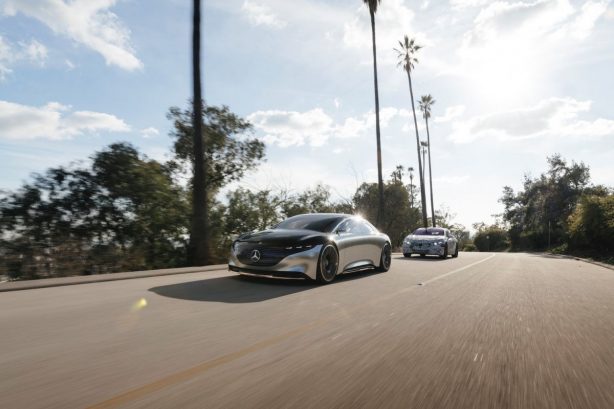 In terms of motivation, preliminary specification suggests outputs of over 350kW (470hp) and 760Nm from the twin electric motors that power the front and rear axles, making the EQS an all-wheel drive sedan.

Zero to 100km/h is said to be dispatched in under 4.5 seconds, while cruising range is rated at up to 700km on the WLTP cycle. Mercedes says the large lithium-ion battery can be charged up to 80% in less than 20 minutes via a 350kW fast charging station.

Previous Is this the 2022 Mazda RX-7?
Next Audi Q3 Sportback price and specification