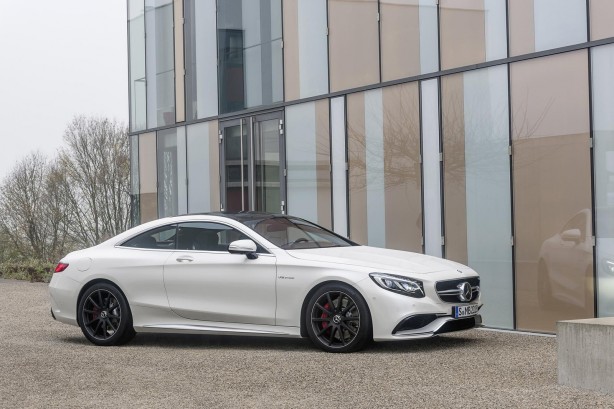 The new Mercedes-Benz S 63 AMG Coupé is the latest model to augment the German marque’s AMG range. As the most powerful member of the BlueDIRECT engine family, the AMG 5.5-litre V8 biturbo engine under the boonet of the S 63 AMG Coupe boasts an output of 430 kW (585 hp) and 900 Nm of torque.

Tobias Moers, Chairman of the Board of Management of Mercedes-AMG GmbH said: “The new S 63 AMG Coupé is another exciting AMG dream car in the luxury segment. Now the S-Class Coupé also comes with the option of performance-oriented AMG 4MATIC all-wheel drive – as we rigorously pursue our all-wheel-drive initiative. Mercedes-AMG is putting the pedal to the metal again in the new year. Our model initiative is set to continue at blistering pace in 2014.” 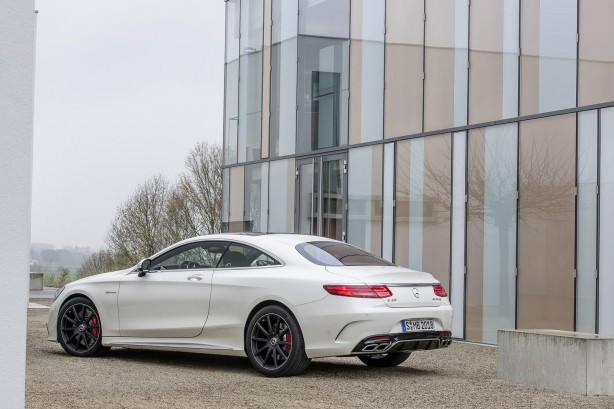 The S 63 AMG Coupé is the latest model to benefit from the AMG’s Lightweight Performance strategy, benefiting from a weight saving of 65 kilograms compared to the CL that it replaces. This weight saving was achieved largely thanks to the use of a lightweight lithium-ion battery, AMG forged light-alloy wheels and a weight-optimised AMG high-performance composite braking system. Furthermore, the entire outer skin and the front end of the body are madeof aluminium. The reduced weight allows a low power-to-weight ratio of 3.41 kg/hp. The large coupe accelerates from 0 to 100 km/h in 3.9 to 4.3 seconds, depending on model variant, and goes on to reach a top speed of 250 km/h (electronically limited).

According to Mercedes, the AMG 5.5-litre V8 biturbo engine remains one of the most efficient series-produced V8 engines of all. Compared to the previous CL 63 AMG model, the new engine sees an increased of 30 kW (41 hp) of power and 100 Nm of torque, while consuming less fuel. The combined figure of 10.1 litres per 100 kilometres makes the two-door model the most fuel-efficient model in its competitive segment.

The S 63 AMG Coupé will have its world premiere at the New York International Auto Show in April 2014. Sales of the 4MATIC variant commence in April, with the rear-wheel-drive variant following in July. The market launch of both models starts in September.

The AMG sports exhaust system features automatic logic-controlled exhaust flaps in both rear silencers. When the transmission is in “C” (Controlled Efficiency) mode, the flaps remain closed in most situations, in which case the eight-cylinder biturbo engine’s sound is more understated. In “S” (Sport) and “M” (Manual) modes, the exhaust flaps open earlier and more spontaneously, especially if the driver prefers a dynamic driving style. 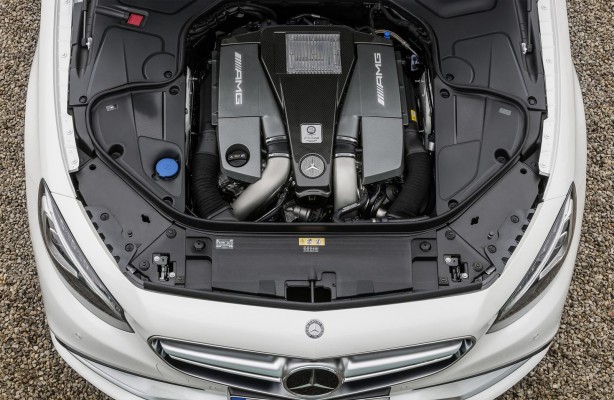 Like all AMG V8 and V12 engines, the eight-cylinder biturbo engine for the S 63 AMG Coupé is assembled by hand at the AMG engine shop in Affalterbach. Highly qualified engine fitters assemble the engines in Affalterbach according to the strictest quality standards based on the “one man, one engine” philosophy.

The V8 biturbo engine is paired with the AMG SPEEDSHIFT MCT 7-speed sports transmission which allows drivers to configure their own personal set-up, depending on their driving style. There are three modes to choose from: “C” (Controlled Efficiency), “S” (Sport) and “M” (Manual). The ECO start/stop function is fitted as standard.

Two variants of the S 63 AMG Coupé will be available at launch: rear-wheel drive or, for the first time, AMG 4MATIC all-wheel drive. With permanent all-wheel drive, 33 percent of the engine torque is sent to the front axle and 67 percent to the rear axle. Optimum traction is guaranteed by a multi-disc clutch with a locking effect of 50 newton metres, which exploits the frictional connection potential of all four wheels to the full on snow and ice in particular. 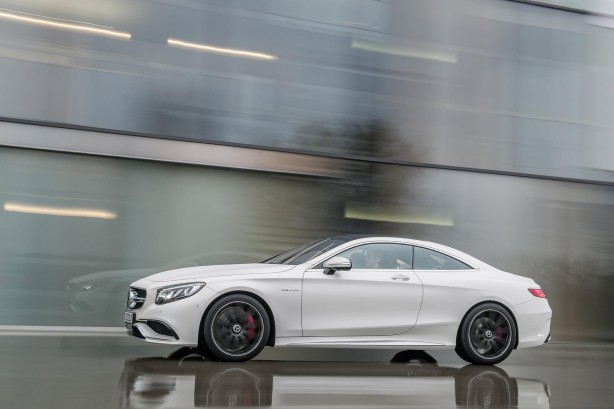 As with the transmission, customers also get a choice when it comes to the AMG sports suspension: the rear-wheel-drive S 63 AMG Coupé is equipped with MAGIC BODY CONTROL, while the all-wheel-drive version of the two-door model features the full air-suspension system AIRMATIC with the adaptive damping system ADS PLUS. Specific front axle kinematics – including higher camber, a larger anti-roll bar and a stiffer subframe carrier on the rear axle – have been developed exclusively for the S 63 AMG Coupé 4MATIC.

The S 63 AMG Coupé with rear-wheel drive features AMG sports suspension based on MAGIC BODY CONTROL with curve tilting function. This function allows the S 63 AMG Coupé to lean into bends in a manner similar to a motorcyclist or skier. The lateral acceleration acting upon occupants is reduced in a way akin to when driving in a steep curve, and passengers sit more firmly. The curve tilting function can be selected as one of three drive modes using the ABC switch; it is active in the speed range from 30 to 180 km/h. 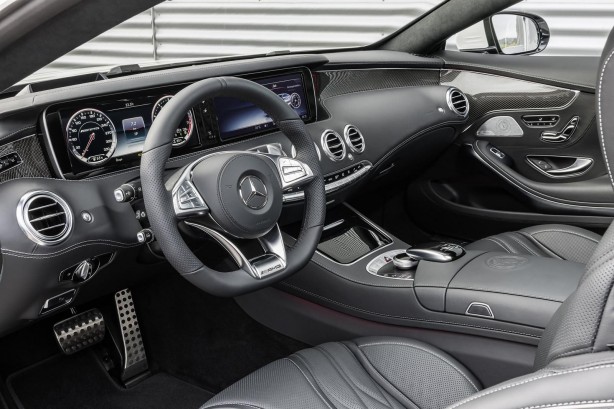 Mercedes’ new touchpad is fitted as standard, makes it significantly easier to operate the radio, telephone and navigation system. The safety and assistance systems are the same as those for the S 500 4MATIC Coupé.