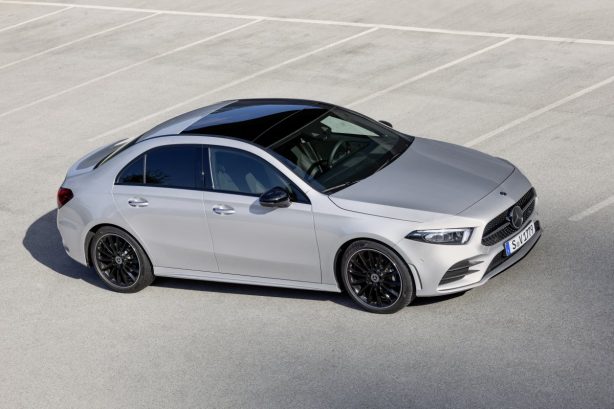 The sixth member of the Mercedes-Benz compact car family has arrived in Australia with the introduction of the first variants of the new A-Class sedan range.

The roll-out of the A-Class sedan begins with the A 200 model and will be quickly followed by the range-opening A 180. Both are 130 millimetres longer and sit 6mm higher than the new-generation A-Class hatch, which launched in Australia in 2018.

The sedan models feature boot space of 430 litres, an increase of 60 litres over the corresponding hatchback models, including a 950mm wide boot opening for easier loading and unloading of larger items.

Following in the footsteps of the A-Class hatchback, all variants of the A-Class sedan are fitted with MBUX (Mercedes-Benz User Experience). This system allows vehicle occupants to say ‘Hey Mercedes’ followed by any of dozens of common requests from radio and multimedia settings, to navigation and telephony functions, and changes to in-cabin climate or lighting settings (optional on some models).

MBUX also has the ability to ‘learn’ the preferences of vehicle occupants – over a period of weeks and months, the system notices patterns and can prompt occupants with timely suggestions for common habits or settings. Different drivers can also set up their own profile containing their own individual preferences – a handy function when multiple drivers share the same vehicle.

All MBUX-equipped models including the A-Class sedan delivered from June 2019 can now join ‘Mercedes me Connect’, a connectivity network that allows the owner to remotely interact with their vehicle. This places key vehicle information at the owner’s fingertips via the Mercedes me Connect smartphone app − from tyre pressures, fuel and fluid levels, brake pad condition and mileage, to the vehicle’s exact location, whether parked or in motion. 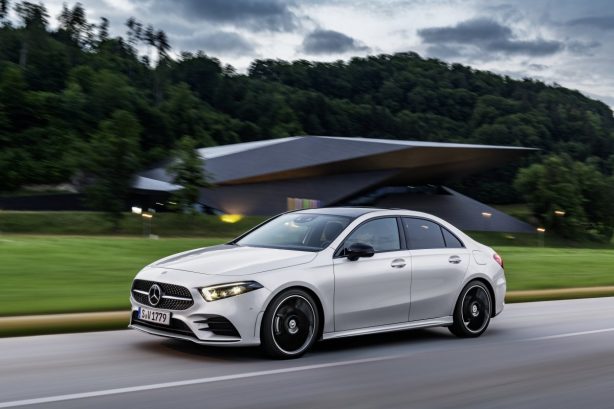 The new A 180 Sedan is fitted with a 1.3-litre turbocharged four-cylinder petrol engine developing 100kW of power and 200Nm of torque, paired with a seven-speed dual clutch automatic transmission. Combined fuel consumption is rated at 5.7 litres per 100km.

The specification includes the full MBUX multimedia system, featuring the same style of widescreen cockpit used in the A-Class hatch, utilising side-by-side 10.25-inch digital screens. Navigation is standard and can be programmed via the central touchscreen, the new-generation touchpad between the front seats, using ‘Hey Mercedes’ voice control, or via the Mercedes me Connect app. 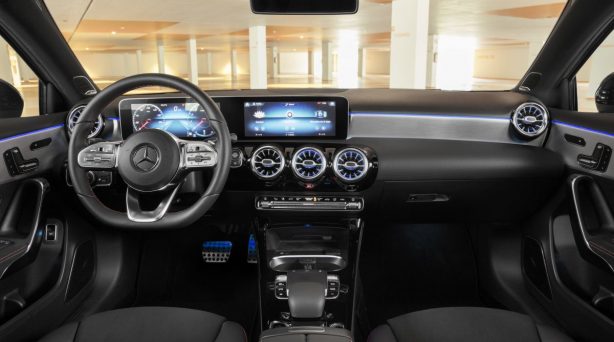 The A 200 Sedan also utilises a 1.3-litre turbocharged four-cylinder engine, with increased outputs of 120kW and 250Nm. It is paired with the same 7G DCT transmission as the A 180. Combined fuel consumption remains the same at 5.7L/100km.

The A 200 builds on the specification of the A 180 by adding 18-inch 5 twin-spoke alloy wheels, ‘Progressive’ exterior design cues and interior styling, a two-pipe chrome-tipped exhaust system, four-way electro-pneumatic lumbar support for the driver’s seat, a folding rear armrest, adaptive highbeam assist, and wireless charging for eligible smartphones.

The A 200 Sedan is on sale in Australia now and the A 180 is due to arrive in August. Later this year the A 250 Sedan and Mercedes-AMG A 35 Sedan will join the line-up.