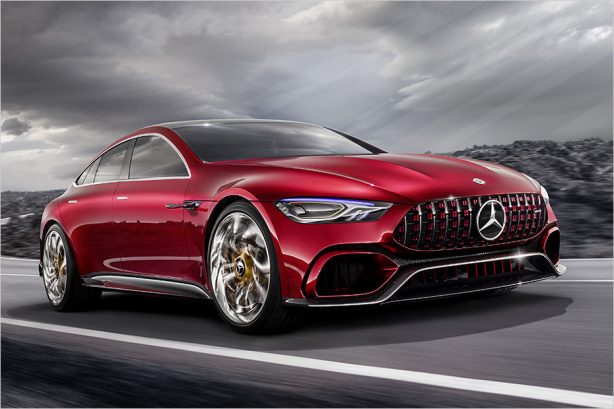 Mercedes-AMG has unveiled a new four-door coupe concept at the Geneva motor show, previewing a new model which will further extend the AMG GT family.

Sporting a pair of extra rear doors the AMG GT Concept retains the sleek roofline and slender taillights of its coupe sibling but sports a revised front fascia and new center exhaust tip integrated into a deeper rear diffuser. Being a concept, those massive wheels filling entire wheel arches aren’t a surprise but the flushed door handles ala Tesla style are something new that aren’t found in the production GT coupe. 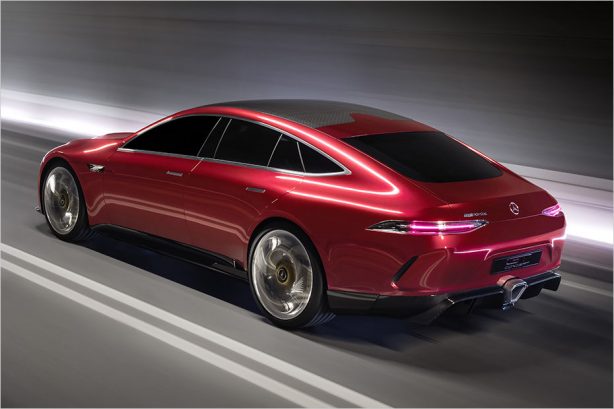 The AMG GT Concept debuts a new F1-inspired performance hybrid powertrain that combines the 4.0-litre V8 biturbo engine found in the road-going AMG GT coupe with a high output electric motor. Power is channeled to all four wheels via the company’s 4MATIC all wheel drive system. Mercedes says the new hybrid system offers the opportunity to generate a total output of up to 600kW in its final tune, allowing the four-door GT to cover the sprint from 0-100km/h in less than 3 seconds. 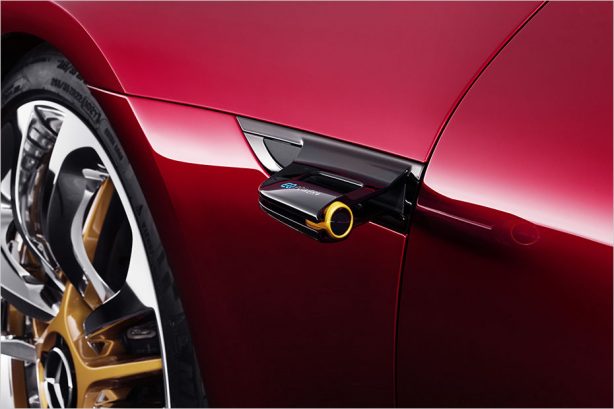 The dynamic fastback will be highly suitable for everyday use thanks to the large tailgate and the variable interior and luggage compartment, says the German car maker. The electric motors will also allow for “impressive” guilt-free electric-only range.

Calling the Porsche Panamera, BMW M6 Gran Coupe and Audi RS7 as rivals, the Mercedes-AMG GT four-door coupe will be the sole hybrid entry in the mix but it’s likely that Mercedes will also offer a twin-turbo V6 to a lesser model to compete against the BMW 6 Series Gran Coupe and Audi S7.