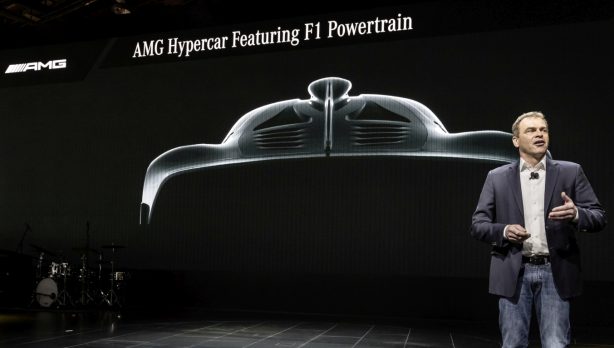 Mercedes-AMG’s highly anticipated, F1-inspired R50 hypercar has been given a name – Project One.

Revealed via the manufacturer’s website, the Project One will be powered by a Formula 1 engine in combination with a purely electric and wheel selective front axle drive concept.

Said F1 engine consists of a W07 1.6-litre turbocharged V6 driving the rear wheels, supplemented by a kinetic energy recovery system (KERS) and electric drive in the current race car, and an electric motor at the front axle; essentially making the Project One an all-wheel drive hypercar. 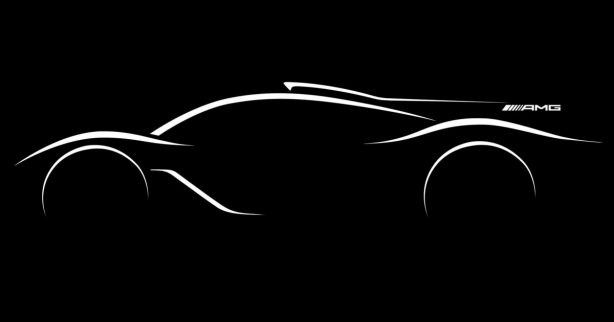 According to AMG boss, Tobias Moers, the F1 engine will be detuned slightly for series production but total system output is still expected to be more than 1,000hp (746kW), making it a direct rival of the upcoming Aston Martin AM-RB 001, another Formula 1-inspired hypercar co-developed with Red Bull Racing and F1 car designer, Adrian Newey.

As for the Project One’s design, sketches released by its maker give an indication of how the car would look, with Mercedes design chief, Gordon Wagener indicating that the side profile view will be representative of the final car, complete with roof-mounted air intake and a central fin.

Only 300 units of the Project One will be produced, with reports indicating a Frankfurt debut in September.