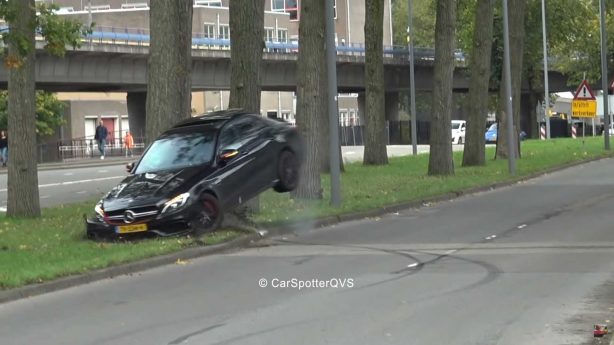 It’s usually a malice that afflicts Ford Mustang owners but this Mercedes-AMG C63 driver seems to have caught the bug and slammed into a tree in a disastrous drifting attempt.

Caught on video by CarSpotterQVS over the weekend in The Netherlands, the driver was reportedly leaving the 100% Auto Live car show at Rotterdam Ahoy when he decided to impress the crowd with his drifting skill, or more precisely; lack thereof. 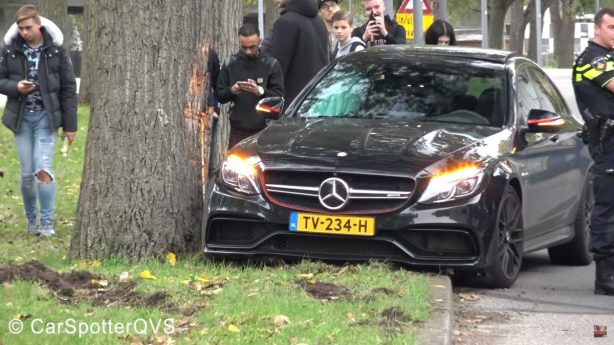 Unfortunately for him and his high-performance Mercedes, things didn’t go as planned as the car spinned out of control, hit a curb and slammed into a tree.

As you can see from the video, the aftermath isn’t pretty with the car’s rear door and quarter panel sustaining some serious damage, along with the rear suspension.

Luckily for the occupants, the airbags worked as intended and they walked away without serious injuries, except maybe for a big dent to the driver’s wallet and ego.

Click play in the video below to see how it all unfolded.