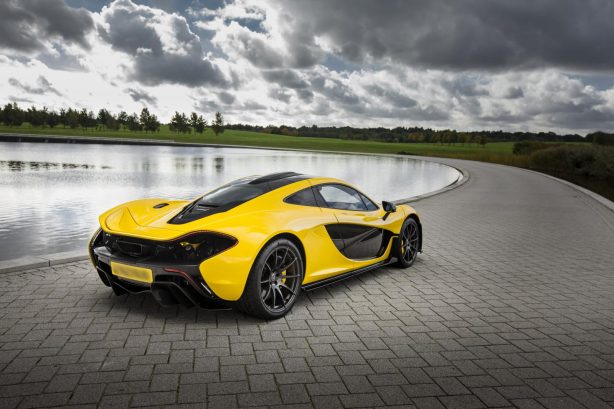 McLaren has released the performance figures for its P1 hypercar. McLaren’s third model in the range will accelerate from 0-100km/h in 2.8 seconds, 200km/h in 6.8 seconds and 300km/h in just 16.5 seconds, the latter a full 5.5 seconds quicker than the legendary McLaren F1.

This comes as the first customer took delivery of his Volcano Yellow McLaren P1 from the McLaren Technology Centre.

The ground breaking P1 has been designed from the outset with one clear goal: to be the best driver’s car on the road and track. The performance figures underline this. 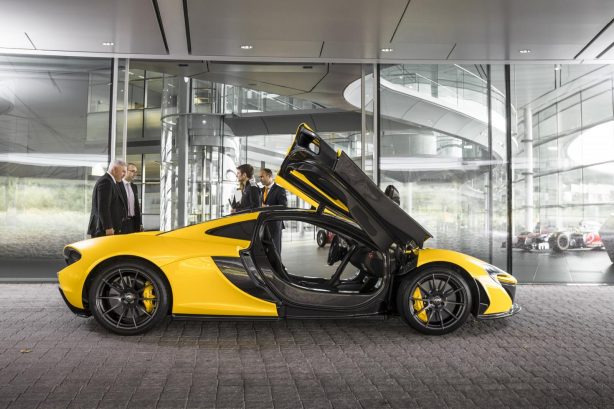 Powered by a hybrid powerplant comprising of a 3.8-litre twin-turbo V8 petrol engine and lightweight electric motor that generate a combined output of 674kW (916 PS), the P1 will do a standing quarter mile in a neck-breaking 9.8 seconds @ 245km/h. top speed is limited to 350km/h.

Despite these impressive figures, the McLaren P1 returns an average combined fuel consumption of just 8.3L/100km, while CO2 emissions is rate at 194g/km. The electric motor offers a range of 11km (6.8 miles) in full electric mode. 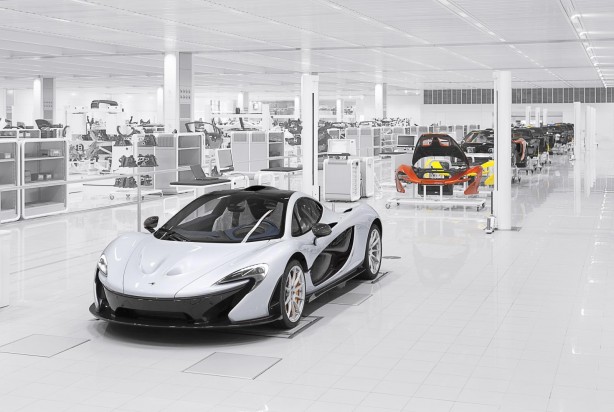 The braking figures are equally as impressive for the P1, with the levels of performance provided by the bespoke Akebono system. The specially formulated carbon ceramic discs, coated in silicon carbide can bring the McLaren P1 to a halt from 100km/h in just 30.2 metres – three times less than the recognised stopping distance required to bring a car to a complete stop from 100km/h.

A total of 375 McLaren P1 will be hand-built in the state-of-the-art McLaren Production Centre in Woking, England. A team of 82 carefully selected technicians build the car in a four-stage assembly process. From start to finish, the build takes 17 days of skilled work. Once running at full capacity, the McLaren P1 line will see one car completed each day, with production due to run until mid-2015.