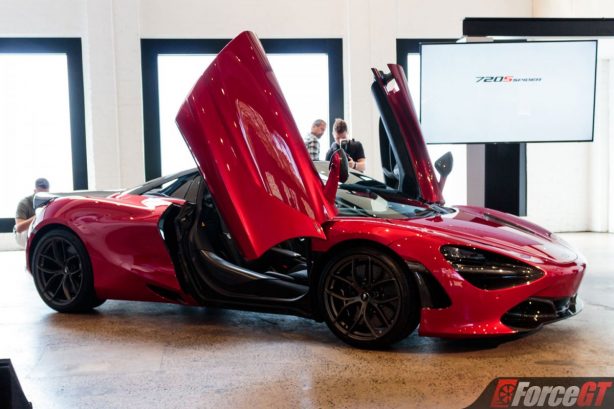 The lead up to the Australian Formula 1 Grand Prix saw McLaren officially launch their latest supercar in the form of the 720S Spider. The 720S Spider features a patented Retractable Hard Top (RHT) that’s operated electronically delivering a more refined experience as it’s quieter than hydraulic alternatives and can drop the top in 11 seconds with operable speeds of up to 50km/h. McLaren has used electrochromic technology for the glass roof panels allowing drivers to switch between tinted and transparent modes depending on how much light they’d prefer to have filter in to the cabin. 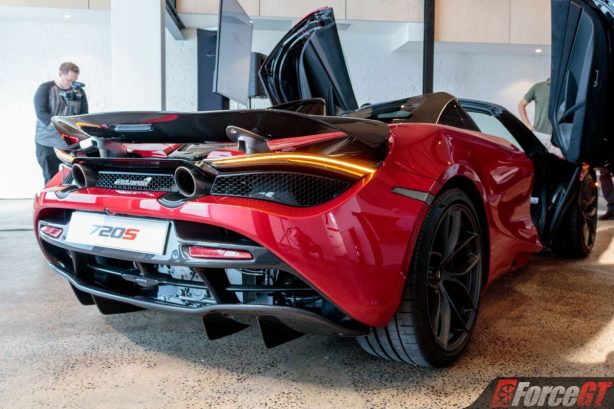 Rob Pritchard, Head of Asia Pacific, McLaren Automotive, said: “We’re excited to bring the 720S Spider to our Australian customers, a model which perfectly combines unrestrained supercar performance with incredible everyday usability. We’ve had a phenomenal response to the 720S Coupe, so we anticipate customers will be thrilled with the opportunity for an uncompromised and exhilarating open-top experience. It’s fitting that with McLaren’s rich racing history, the latest iteration from the McLaren Super Series arrives in the week of Australia’s premier racing event.” 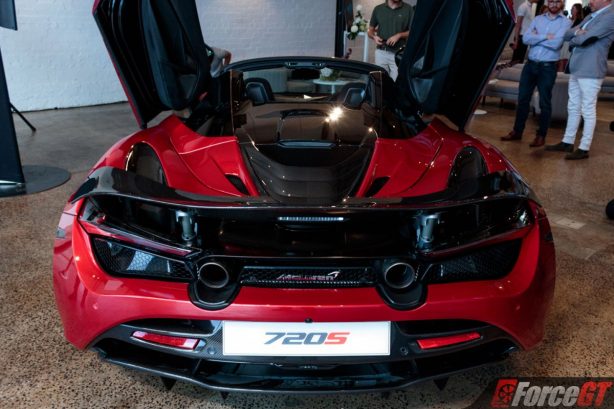 Thanks to the carbon fibre Monocage II-S tub design the 720S Spider requires no additional structural reinforcement to deliver the same rigidity as found in the Coupe. No compromise has been made on the performance front with the 4.0-litre twin-turbocharged V8 pumping out the same 720PS (530kW) and 770Nm of torque. So just like the Coupe that it’s based on, the 720S Spider will hit 100km/h from a stop in just 2.9 seconds, keep the fun pedal planted and 200km/h will come 5 seconds later until you hit the top speed of 341km/h, or 325km/h with the roof down. Through the quarter mile the 720S Spider will manage a very respectable 10.4 seconds through the speed traps, just 0.1 seconds off of the 720S Coupe’s pace.

The engineering team at McLaren have done everything possible to extract all of the potential available from the 720S Spider, even the active rear spoiler will adjust depending on whether the roof is up or down in order to provide the maximum amount of downforce for the two different aerodynamic profiles. Their efforts have resulted in a minor weight increase of 49kg from the Coupe totalling 1,332kg which is still nearly 100kg lighter than the nearest competitor, they won’t name names but we have a feeling it’s Italian and red. 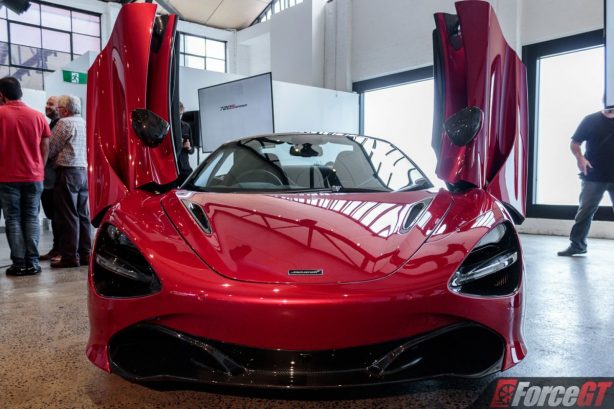 Deliveries are expected to start in Q2 2019 with the price starting at $556,000 plus on-road costs. The lucky few who are willing to snap one up will now have access to two new colors, Belize Blue and Aztec Gold along with the choice of Luxury or Sport trim levels.