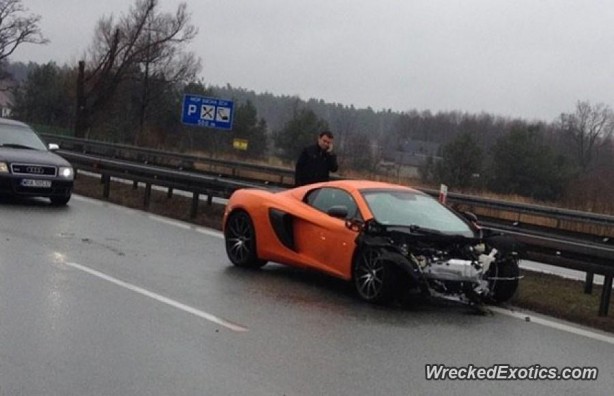 A McLaren 650S Spider has suffered extensive damage after crashing on a highway in Poland.

The incident, recorded on a dashcam, shows the German-registered supercar speeding on the rain-soaked highway before spinning around five or six times and hit the guardrail. 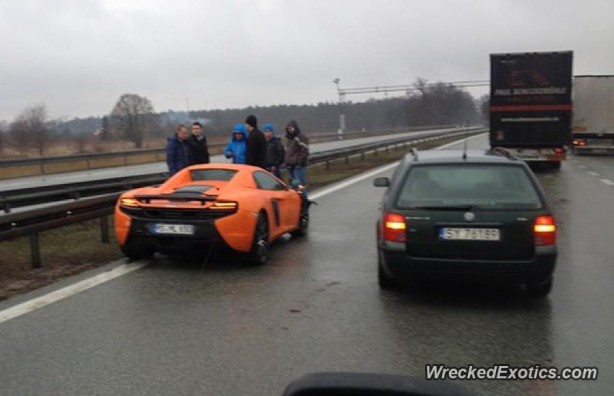 According to reports, the driver attempted to accelerate quickly, causing the rear wheels to spin around due limited traction on the wet road. The crash wiped out the entire front end of the car.

It is unclear whether the occupants of the car were injured but they are likely to get a massive insurance bill from the damage.

Click play in the video below to see how the crash unfolded.